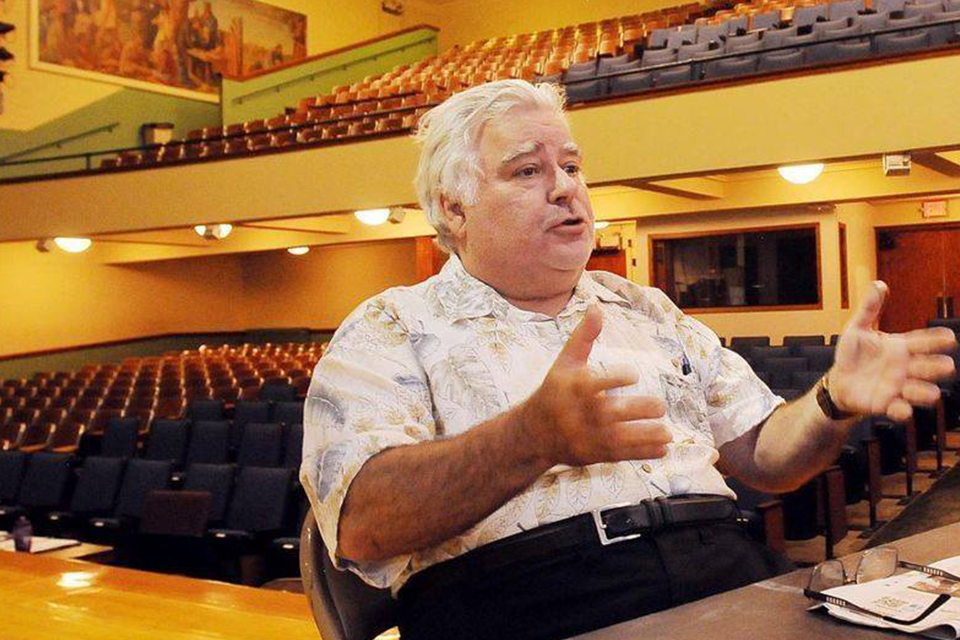 If all the world’s a stage, Paul Warshauer ’86 (Theatre), ’87 (Teaching Credential) is one of its busiest players. A 1986 graduate of CSUN, Warshauer’s love of theatre and all that it entails — the stories, actors, crew, locations — has manifested in hundreds of productions, from classics like “South Pacific” or “The Sound of Music” to interactive murder mysteries produced by his company, Murders 4 Fun.

Connecting with children has long been a passion for Warshauer, and a primary goal of receiving his B.A. in Theatre from CSUN was to work with children in theatre. His own career began at the tender age of 10, as a fifth grader at Anshe Emet Day School in Chicago. His teacher, Mrs. Bergman, enticed reluctant students to read “Macbeth” by warning that it was a scary tale involving swords and ghosts. The students loved reading it, and in part two of the teacher’s plan, she casually suggested they perform it. Warshauer landed the lead role.

“From there, it was off to the races!” Warshauer said, laughing. He has not slowed down since.

Now, with a planned gift of $150,000 to the Teenage Drama Workshop in CSUN’s Mike Curb College of Arts, Media, and Communication, Warshauer hopes to enrich and engage a younger generation of theatre lovers.

“Mr. Warshauer’s gift to the Teenage Drama Workshop does double duty,” said CSUN President Erika D. Beck. “It encourages a continuation of CSUN’s community connection, and it nurtures the creative pursuits of children. We are fortunate to have this kind of thoughtful alumni giving.”

Teenage Drama Workshop is a six-week, intensive summer program on the CSUN campus for children ages 11-18 — the longest-operating workshop of its kind in the country. Warshauer’s gift to support the CSUN workshop’s operations, including potential scholarships to the program, reinforces his love of supporting children in the theatre world.

This connection began years ago, at Warshauer’s beloved Camp Waupaca on idyllic Stratton Lake in Wisconsin.

“Some of the best times in my life were spent at Waupaca,” said Warshauer, “and although I started out as a camper, I continued to return as a counselor and, later, became the fine arts director to oversee theatre projects and improv.” 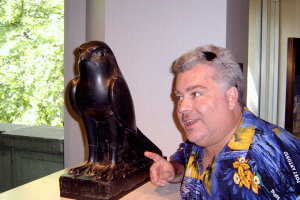 In particular, Warshauer said, he enjoyed writing skits and sketches for the Fourth of July, and watching the campers perform them in the dining hall. A man of apparently limitless energy, his duties extended to other areas, including teaching sailing, tennis, archery and golf, and assisting in hiring, programming and organizing overnight excursions. It was his role as fine arts director, though, that sealed his love of working with the younger set.

Warshauer traveled a circuitous route to CSUN, which contributed significantly to the development of his life in theatre, he said. He had enrolled at Northwestern University in the 1970s, majoring in acting. Quickly, he realized that actors needed to be on set early, prompting him to change to an interdepartmental major. This enabled him to take a variety of classes in theatre, film, television and interpretation. He left school to work for Film-Dex Research Associates Inc., in Washington, D.C., cataloging films — but not before creating and producing “The Mee-Ow-Show,” a student-led improvisational production now in its fourth decade at Northwestern.

Attracted by California’s warm climate, Warshauer headed west and spent some time living by the beach, before moving to Woodland Hills. Determined to finish his undergraduate degree, Warshauer enrolled at nearby CSUN.

“When I went to talk to some people about the theatre program, I was warmly received by some faculty who had also attended Northwestern, so it felt like I had come full circle,” Warshauer said. He earned his B.A., minored in English and then received his teaching credential at CSUN.

“I took classes from incredible, top-notch people,” Warshauer said. In particular, he was inspired by Mary Jane Evans, who taught at CSUN for more than 25 years and established a program in creative drama and children’s theatre. The Children’s Theatre Association of America rewarded her work by selecting her for the Sara Spencer Artistic Achievement Award, which honors longtime, widely recognized theatre artists. From another professor, Jerry Abbitt, Warshauer learned the technical side of theatre.

“Actors and directors often forget how difficult the tasks are for the tech crew,” said Warshauer. “Dr. Abbitt was very down-to-earth, a perfect mentor.”

Warshauer found ample opportunity to put his CSUN schooling to practice: He spent three years as a theatre teacher at Calabasas High School, directing, among many plays, “Li’l Abner,” “Arsenic and Old Lace” and “42nd Street;” and for many years, he taught acting, directing and improvisation to children and adults at the State Street Theater Co. in New Ulm, Minn.

“We’re gratified to know that Paul considers CSUN instrumental in his education and career,” said Robert D. Gunsalus, vice president for University Relations and Advancement and president of the CSUN Foundation. “With his planned gift, Paul emphasizes his love of theatre and pays tribute to the university and its commitment to working with the community at large.”

Warshauer has not just worked in theatre, he has worked on theatres, taking on a range of restoration projects involving historic properties, such as theatres, schools or those slated for the wrecking ball. He co-founded Grande Venues, Inc., based out of his home office in Sleepy Eye, Minn., with the twofold intent to preserve what is already here and develop a plan for using spaces and buildings as venues for the performing arts — a vital component of a thriving community, he said.

Warshauer looks forward to a post-pandemic time when Murders 4 Fun, his production company that has created more than 450 original, audience-participation murder mysteries (and other crimes, such as jewel heists and kidnappings) performed throughout the country and overseas, will run at full capacity once again.

“There’s a need in most people to create, but most people don’t tap into that because they don’t have the outlet to be creative,” Warshauer said. “I’ve been lucky to be able to bring my creative visions, whether through theatre or historic properties, to life.”

Through his generosity, CSUN will be a beneficiary of Warshauer’s visions.