Images from the Farmworker Movement Collection, courtesy of the Tom & Ethel Bradley Center.

“A picture is worth a thousand words,” according to the old adage. A picture can tell a story, evoke emotion and document history.

The Tom & Ethel Bradley Center at California State University, Northridge has received a $350,000 grant from the National Endowment for the Humanities (NEH) to digitize some of the approximately 22,000 images in its Farmworker Movement Collection that tell the story and document efforts to unionize farmworkers in the 1960s and early 1970s. 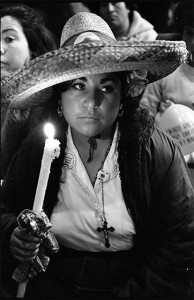 This photo of Carolina Franco was taken by John Kouns at the end of the day during the march from Delano to Sacramento in 1966. Photo by John Kouns, courtesy of the Tom & Ethel Bradley Center.

In addition to preserving the images digitally, the center is collecting the oral histories of some of the people in the photographs taken by John Kouns and Emmon Clarke, to create a digital database that can be accessed by educators and others who are interested in learning more about the National Farm Workers Association, which later became the United Farm Workers (UFW), and the people who made it happen.

“The farmworker movement forged a broad coalition of workers, students, activists and religious allies that won most of its early battles by leveraging its diversity, pushing the country toward a pluralistic, multicultural form of democracy — a more perfect union,” said journalism professor José Luis Benavides, director of the Tom & Ethel Bradley Center. “The diversity of this coalition is reflected in the images taken by these two photographers, Kouns and Clarke, who joined the farmworker movement as participant visual workers and used their talent to document the movement.” 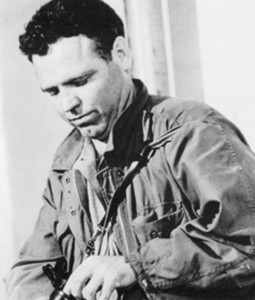 The NEH grant will support the creation of a digital archive — accessible through CSUN’s University Library Digital Collections website — that will include 6,600 images, as well as 20 oral histories of people featured in images and other publicly available digital resources to tell the stories of those involved in the movement.

The project will focus on regular community organizers, especially women, who spent countless hours picketing, demonstrating and lobbying consumers, local businesses and elected officials on behalf of the movement, oftentimes sacrificing their own home lives for their cause.

Benavides said the center plans to use the oral histories and images to create a Do-It-Yourself educational exhibition for schools, community centers and others, which can be tailored to a specific space and printed on demand for public display. 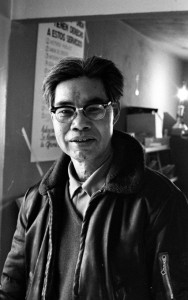 Philip Vera Cruz was a farmworker and union organizer. He was elected to the first executive board of the UFW in 1973, and served as vice president until 1977. Photo by Emmon Clarke, courtesy of the Tom & Ethel Bradley Center.

John Kouns’ images of the farmworker movement and march from Selma to Birmingham have been seen in many books and films as part of the archives of the American labor movement at Wayne State University in Detroit, Mich. Kouns rarely focused his attention on the leaders. Rather, he was motivated by a sense of a people’s movement and turned his attention to the people for inspiration. He documented the National Farm Workers Association at its infancy.

Emmon Clarke served as the photo editor of the UFW’s newspaper, El Malcriado, from 1966-67. He documented the union’s activities on the picket line, in meetings and at rallies across the country, and in the labor camps of the San Joaquin Valley. His photos captured both those known and unknown involved in the movement’s efforts. 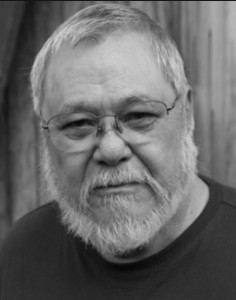 Both men use their unique status to move away from taking multiple photos of the union’s main leader, César Chávez, and focused instead on its organizers, activists, volunteers and farmworkers and their families.

The Tom & Ethel Bradley Center’s archives contain over one million images from Los Angeles-based freelance and independent photographers between the 1930s to the present. The core of the center’s archive is a large collection of photographs produced by African-American photojournalists. Oral histories, manuscripts and other ephemeral materials support the photographic collection.

The archives contain more than 70 oral histories from African American photographers, civil rights leaders and organizers, individuals involved with the history of Los Angeles, journalism, the group Mexicans in Exile and the United Farm Workers, as well as the personal papers of many individuals and organizations. The center’s Border Studies Collection examines the issues surrounding the border between the United States and Mexico.