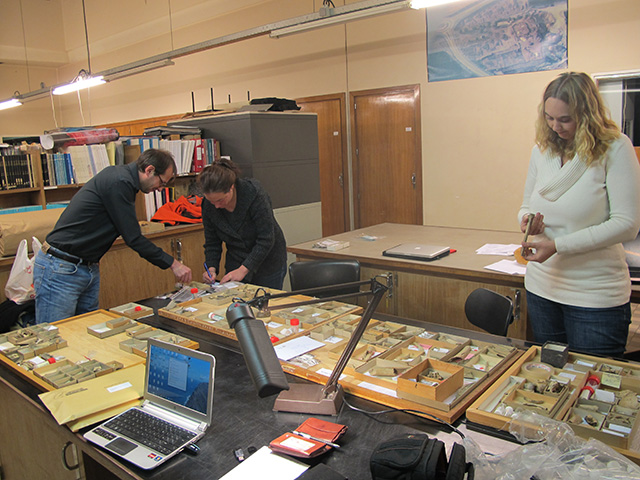 California State University, Northridge associate anthropology professor Hélène Rougier has embarked on a mission with an international team of fellow scientists to answer questions of epic prehistoric proportions — where did the early Europeans come from and how did they get there?

Rougier and her team’s research on prehistoric human bones found in the Goyet cave in Belgium — dating from about 35,000 to 15,000 years ago — were incorporated in the first-ever comprehensive study that provides a vivid understanding of the genetic history of modern humans that lived during the later period of the Ice Age which started about 1.8 million years ago published in Nature magazine on Monday, May 2.

“Some of the Goyet bones are among the oldest used in the study,” she said. “We also have bones that are around 27-28,000 years old and one that is about 15,000 years old. All of them come from the same cave. We see the movement of people that have a slightly different ancestry in the same cave. It really complements the kind of study we do.”

The number of samples used in the study makes it easier to understand how early humans travelled across Europe. The study’s findings shed light on the migration patterns of prehistoric humans from the Near and Middle East up north thousands of years earlier than prior hypothesis, which stated that movement occurred with the development of agricultural practices about 8,500 years ago.

“Before, we thought that the expansion of people came with the development of agriculture,” Rougier said. “Here, we see links several thousand years earlier than we thought. We had no idea that there were contacts like this.”

The most fascinating part of the study was working with a multitude of experts in different fields of study, Rougier said.