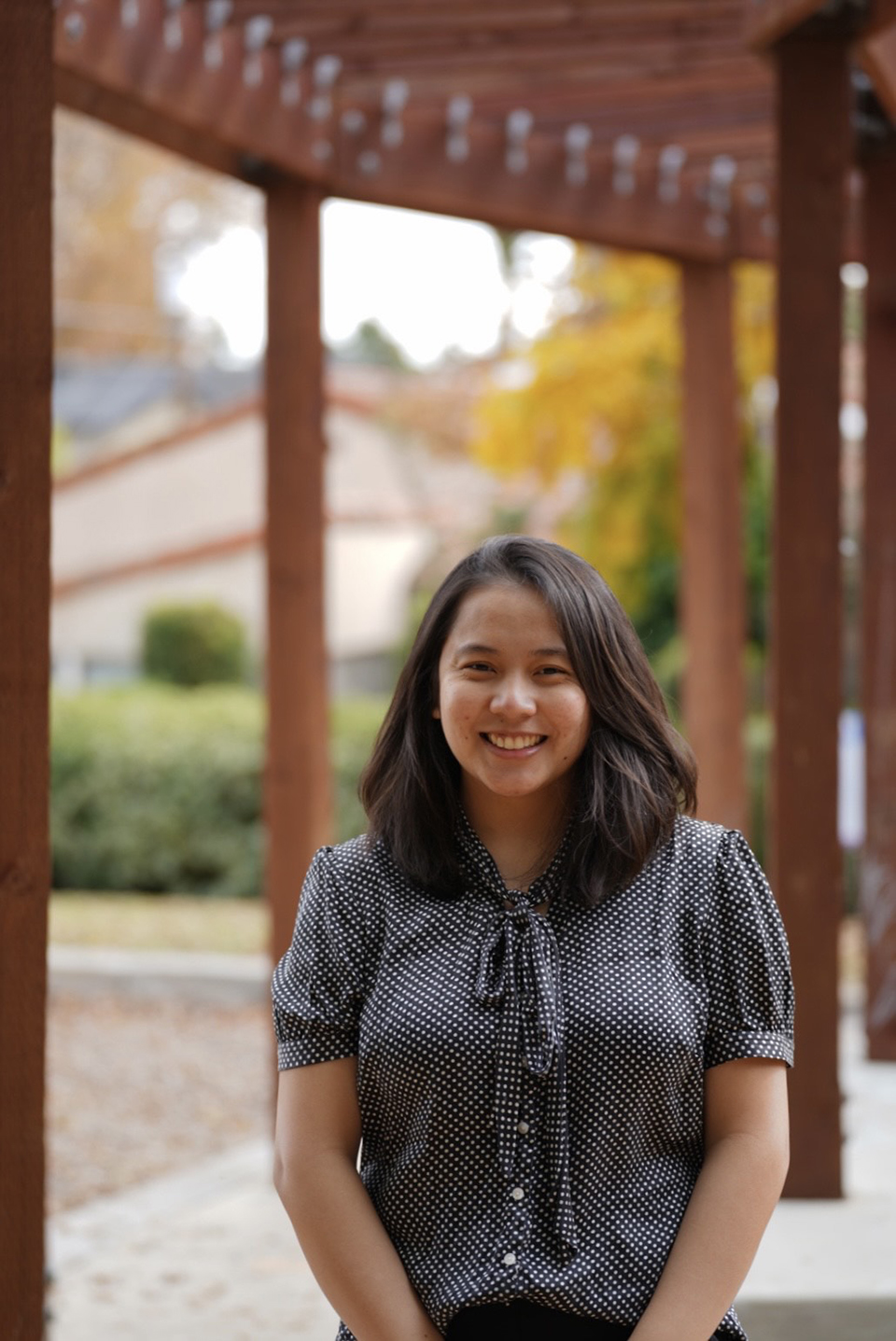 Ma. Alexsa Ramos, a student in the Michael D. Eisner College of Education, shares how CSUN validated and recognized her struggles as an Asian American student.

As the nation continues to grapple with complex issues surrounding social justice and racial inequality, members of the Asian American, Pacific Islander and Desi American (APIDA) communities play a critical role in the conversation to find solutions.

Designated an Asian American, Native American and Pacific Islander-Serving Institution, CSUN students have long been at the forefront of this urgent discussion, working to drive social change. CSUN Today spoke with Ma. Alexsa Ramos, a future educator and credential candidate for elementary teaching in the Michael D. Eisner College of Education, and Elizabeth Souza, an artist and M.F.A. student in the Mike Curb College of Arts, Media, and Communication, about their thoughts and experiences as APIDA students and how they hope to make their impact on society.

How has CSUN played a role in your journey as an APIDA student?

Ramos: As a Filipino immigrant student 10 years ago, I struggled with feeling like an outcast. I remember during my first day at middle school, students came up to me and asked me discriminatory questions such as, “Do you speak Ching Chong?” which later turned into being laughed at for my name or my accent. People would think these are just small things, but when others repeatedly point out things about you that they see as different or “exotic,” you start believing that something is deficient in your identity. Before I knew it, I started to not speak for myself because I was too scared for others to notice my accent. And so before college, I just did what I had to do: be quiet and excel at school. However, CSUN was a game changer for me. All of a sudden, I was exposed to different students from various ethnicities who are so proud of their culture and heritage. CSUN provided me various classes that delve into ethnic studies and different intersectionality of marginalization. CSUN gave me the courage to voice who I am without feeling bad about my identity as Asian American. It provided me knowledge from ethnic studies that validated and recognized my struggles as an Asian American student. It has helped me to embrace my identity as an Asian American. 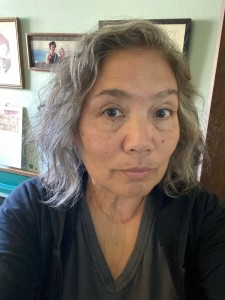 Souza: My department is comprised of a relatively diverse group of students, and I appreciate that. I am of mixed heritage, Indonesian and European, and it helps not to be the only person of color in a classroom situation. Most of my art deals with issues of my cultural identity, and I have found the faculty to be interested and open about this subject matter. They are very well-read about issues of racism and sensitive to them. Through our required art history classes, issues of racism, colonialism, environment, feminism and identity were discussed and I have been exposed to writers I wasn’t aware of previously, and it has definitely helped shape my journey as an APIDA student.

What are your thoughts related to the increase in anti-Asian violence since the start of the pandemic?

Ramos: It’s heartbreaking to see how the most vulnerable ones in our APIDA community are the ones who have been receiving most of this hate — the elders in our community, who are probably the ones in our families to immigrate first and who received the most discrimination back then. Another side to this is that anti-Asian crimes, policies and other forms have existed all throughout American history, but it is only now that it is starting to be seen by the general population. It is hard to fathom the idea that it takes repeated cycles of anti-Asian crimes for American society to recognize that our community has been marginalized for such a long time.

Souza: The surge in anti-Asian crimes is very painful. Oddly enough, I feel validated because instances of racism that I have observed my entire life are now being recognized. I have been subjected to outward racist hostilities, such as being questioned about my right to live in the United States and subtle forms of racial abuse such as being told I should be good at math. Through these type of indignities, Asians are othered and maintained as strange and foreign.

Where do you feel higher education plays a role in combatting social justice and racial inequality? How do you see yourself making a difference?

Ramos: During my undergrad class, I was able to take several classes about ethnic studies, marginalized communities and many more. With these classes, I learned about different processes and forms of oppression that made me understand social justice and racial inequality more in depth. By engaging in class discussions and higher education that delves into these conversations, individuals are able to see things from the perception of those who are marginalized than the dominant views. As a future educator, I hope to provide ethnic studies to my future students. When we start making conversations about racial inequality earlier, the more it becomes easier for individuals to understand the experiences of marginalized communities and how oppression operates. 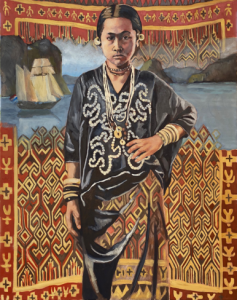 Souza: Higher education always has a role in social movements, such as the student protests of the 1960s. It is a privilege to obtain a higher education, and with that privilege comes the responsibility to share knowledge. Currently, I am making art about my own cultural background and experiences. I hope that my work gives some voice and agency to other APIDA people, and also that it opens a window for people to understand cultures with which they are unfamiliar.

Are there any unique challenges faced by this generation of APIDA students that inform your outlook on social justice?

Ramos: With the older generation of the APIDA community, I can only imagine how difficult it must have been for them to be outspoken, especially that they do not have the same resources as the new generation has. For example, I now have access to therapy sessions from CSUN counseling services in which I can talk about my feelings toward the anti-Asian hate crimes, but my parents never had that resource. I can see how older generations not having access to resources may have resulted in them not [speaking] out about the discrimination they have faced before.

Souza: I think many of the issues APIDA face are very much the same as our parents and grandparents. However, we do have a more powerful tool for spreading information because of technology. And it has been a significant factor in shaping our outlook on social justice. Without the convenience of camera phones and social networks, we might not know about many of these injustices. Clearly, these problems have always occurred, but our ability to see firsthand some of these situations is now amplified. And we also have an obligation to validate our information to be certain we are advocating truthful sources.

As we combat social and racial inequality, what brings you hope?

Ramos: When we all come together and speak out for each other, our words become more powerful. Marginalized communities may have experiences or are experiencing different forms of oppression, but it should not let us become the enemies of each other. Rather, our shared experiences and struggles should help us empathize with each other. What brings me hope is the current and new generation that is willing to uncover and heal from generational trauma, to speak out and come into solidarity with other marginalized communities.

Souza: Solidarity against ALL racism and the rights of all marginalized people is essential. We need to educate ourselves and be open-minded enough to change our opinions and previously held negative behaviors.

I have become involved in educating myself to recognize racism in my own behavior because of exposure to movements such as Black Lives Matter. I feel it is vitally important to acknowledge my own shortcomings if I expect others to do the same. What brings me hope is that we are having the conversations on a large scale! We have the first woman vice president, and first African American and Asian American vice president, which is major. Also, people of all kinds marched for Black Lives Matter and the Women’s Marches. I feel very optimistic and hopeful that the younger generation of people is questioning and speaking out about injustice.

To find out more about the APIDA experience, including courses available, resources for APIDA students and statements on recent events, visit CSUN’s Department of Asian American Studies, which last year celebrated its 30th anniversary of teaching, sharing, documenting their stories, and working to drive social change.