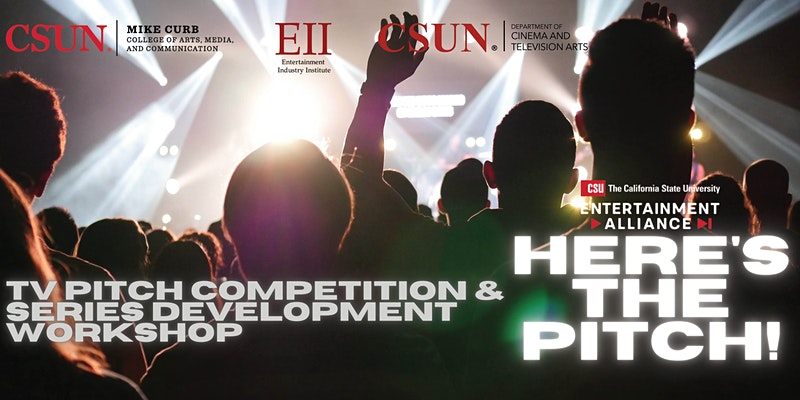 CSUN’s Department of Cinema and Television, Mike Curb College of Arts, Media, and Communication and its Entertainment Industry Institute have teamed up with the California State University Entertainment Alliance (CSUEA) to host the statewide competition, “Here’s the Pitch!” The final round, open to the public for viewing, will take place May 4 at 6 p.m. via Zoom.

“I am so excited about the level and quality of diverse voices the students have put forth on behalf of CSU,” says Julie Ann Sipos, executive producer of the event and CSUN’s entertainment industry liaison. “It’s raw, real and authentic, and yet developed under a fully marketable business model thanks to generous one-to-one mentorship from working professionals.”

Modeled after the NBC series “The Voice” — a singing competition where competitors receive coaching from established singers and songwriters — “Here’s the Pitch!” finalists include CSU graduating seniors and Master of Fine Arts candidates, who were handpicked from the two earlier rounds and whose pitches were personally honed to commercial viability during a 90-day coaching period. Winners will receive a total of $2K in prizes and further guidance under a tier of high-level professionals.

In addition to the final round of judging, the May 4 event will include a live question and answer period with Todd Holmes, professor and head of CSUN’s CTVA entertainment media management option. Attendees can learn more about this event and RSVP to watch here.