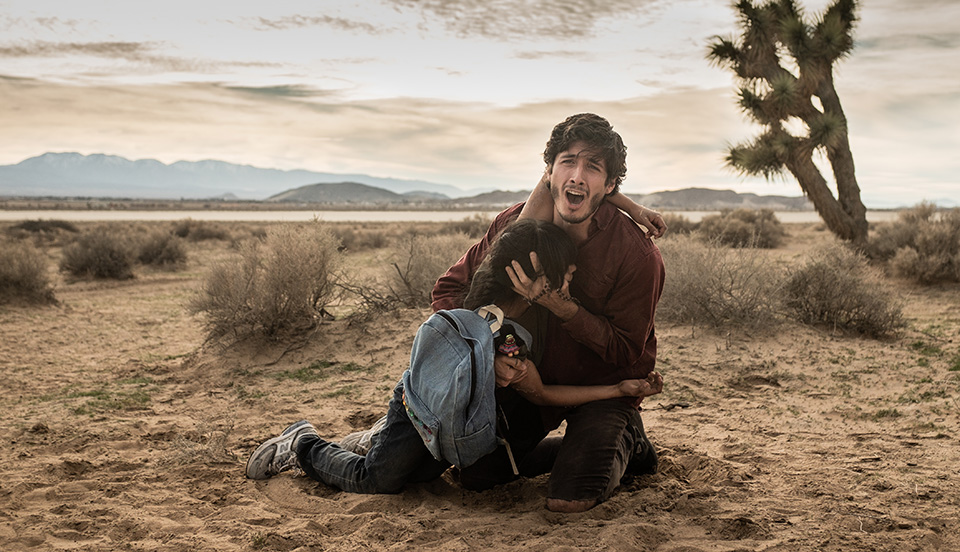 A scene from “El Viaje,” directed by former CSUN student Andrew Borene, one of the films to be screened as part of the virtual, international student film festival hosted by CSUN and UNAM.

The social distancing required to combat the spread of COVID-19 makes it hard for the next generation of filmmakers to attract attention to their work — but not impossible.

California State University, Northridge and Universidad Nacional Autónoma de México (UNAM) are teaming up to host a virtual, international student film festival — replacing the Latin American Film Festival CSUN and UNAM-LA have hosted each year — to throw the spotlight on some of the most promising filmmakers coming out of their programs. The online film festival is scheduled to take place May 1-10, with a panel discussion of the four “Best Film Award” winners (two from CSUN and two from UNAM) slated for 7 p.m. on May 7. 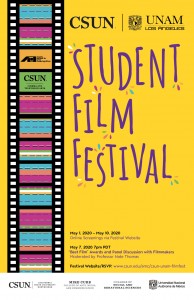 “This film festival, in its new incarnation, is a true representation of the universality of film,” said Nate Thomas, head of CSUN’s film program and one of the event’s organizers. “For the past several years, the two institutions have worked together to host the Latin American Film Festival, where the public is invited to view films from Latin American in a theater at CSUN.

“The coronavirus presented us a great opportunity to think outside the box, and we realized that we now had a chance to cross borders and the conventional boundaries of a traditional film festival,” Thomas continued. “Hosting a virtual, online festival presents CSUN and UNAM an opportunity to throw the spotlight on the richly diverse and talented filmmakers that come out of our film programs, and share their work with an audience that, potentially, could be across the globe.”

CSUN communication studies professor Daisy Lemus, faculty liaison for the CSUN-UNAM partnership, called the collaboration between the two institutions “one of many binational initiatives that aim to enrich the lives of our students and campus community by exposing them to a global lens for storytelling.”

For information about viewing the virtual student film festival, visit www.csun.edu/amc/csun-unam-filmfest. The May 7 panel discussion will consist of filmmakers from both film schools, UNAM’s Escuela Nacional de Arts Cinematograficas (ENAC) and CSUN’s Department of Cinema and Television Arts.

UNAM is one of the most recognized universities in Latin America. It is internationally recognized for its publications and journals on a variety of topics, including mathematics, physics, history and Latin American studies, and is home to Latin America’s leading film program.

Since 2013, CSUN and UNAM have been collaborating in a partnership to develop binational initiatives, foster faculty and student exchange, and offer programming that celebrates the blend of ideas and efforts between the two institutions. In 2014, leaders from both institutions signed a partnership agreement that satellite offices would exist on each campus to support the binational initiatives. CSUN’s College of Social and Behavioral Sciences has consistently partnered with UNAM-LA to co-sponsor educational and cultural programs related to the region, including art exhibits, musical and dance performances, lectures and the now CSUN-UNAM Student Film Festival, which is being co-sponsored by CSUN’s Mike Curb College of Arts, Media, and Communication, home to the Department of Cinema and Television Arts.