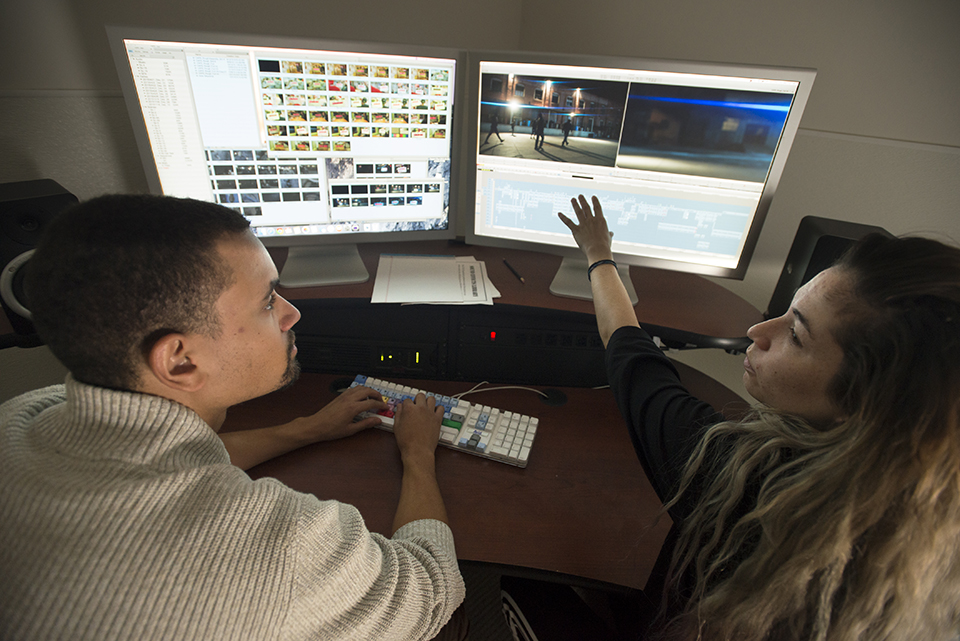 The HFPA has awarded CSUN a total of $80,000to support the university’s film and journalism students. photo by Lee Choo.

The Hollywood Foreign Press Association has awarded California State University, Northridge a total of $80,000to support the university’s film and journalism students.

Of the gift, $60,000 is continued support for the university’s film students. The additional $20,000 will be used to create scholarships to support underrepresented students in CSUN’s Department of Journalism.

“We are grateful for this most recent gift from the Hollywood Foreign Press Association and the past support the HFPA has shown to our film and televisions programs — support that was motivated, in part, by their appreciation of the diversity and talent of our students,” said Nate Thomas, head of the film production option in CSUNs Department of Cinema and Television Arts. “Their funding has helped ease the financial burden for so many of our students as they worked to launch careers in the entertainment industry, and in the process adding new voices and perspectives to an industry that is often too homogenous in its story telling.

“The additional money to our journalism students will have similar impact, by providing financial support to underrepresented students who are striving to increase the diversity of voices and perspectives newsrooms across the region, state and nation,” he said.

“We are very much aware of the controversy currently embroiling the Hollywood Foreign Press Association and the efforts it has made to try to address the issues,” Thomas continued. “As a university committed to diversity, equity and inclusive excellence, we are hopeful that the HFPA, and the entertainment industry in general, will continue to take a serious look at their past practices and enact reforms aimed at increasing diversity, equity and inclusiveness.”

CSUN’s relationship with the HFPA dates back to 1996. The association’s gifts over the years have supported student film projects and helped keep CSUN’s film program current with the latest technology. In 2015, the HFPA gave CSUN’s Department of Cinema and Television Arts $2 million to support students, including the creation of a Hollywood Foreign Press Association Scholars Program, and to continue to enhance technology.

The new gift to the journalism department will create and support the Hollywood Foreign Press Association Scholarship Program.

The Department of Cinema and Television Arts, also housed in the Curb College, has an international reputation for producing dedicated and talented entertainment industry professionals who recognize the value of hard work as they learn and continue to perfect their crafts. The department currently enrolls about 1,550 undergraduate students and an additional 30 students in its graduate screenwriting program. Its alumni work in all aspects of entertainment media, from writing, producing and directing to manning cameras and having the final say in what project is made. The entertainment trade magazines Variety and The Hollywood Reporter regularly list CSUN as one of the top film programs in the world.