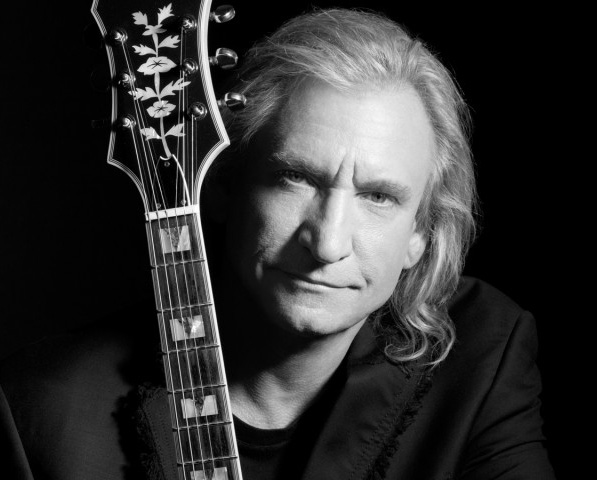 The weekly, one-hour “The Joe Walsh Old-Fashioned Rock n’ Roll Radio Show” will debut at 6 p.m. this Saturday, May 23. Walsh is a longtime listener and contributor to 88.5-FM, and is delighted to have his own show, in fact, he suggested it.

After the pandemic grounded Walsh and his Eagles bandmates from a planned summer tour, the self-proclaimed “Analog Man” was also aware that the virus would make fundraising for the publicly funded station more difficult. He reached out to see how he could help, and offered to host a one-hour show while he was homebound.

“This public radio station serves the community I live in and is funded by listeners,” Walsh said. “I like that men with ties don’t decide what I listen to.  My show will be a mixture of music I love, music I think people will want to hear and stories behind some of these songs that I’m pretty sure no one knows about. Hopefully, the show will generate some more listeners and support for the station, and we will have a lot of fun in the process.” 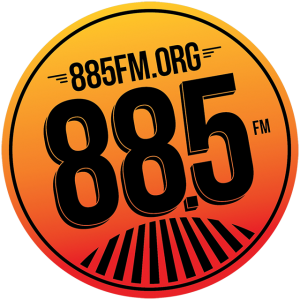 88.5-FM General Manager Patrick Osburn said he was grateful for Walsh’s longtime support of the station, and pleasantly taken aback when the music legend suggested the show.

“While we hate seeing all the shows and festivals cancel this summer,” Osburn said. “We are thrilled to have Joe killing time on 885’s airwaves. It will be great for Joe, the station, and listeners!”

“Joe has been a longtime contributor and friend of the radio station, but now that he has his own show, he’s truly part of the 88.5-FM family,” Kaczor said. “I can’t wait to hear his stories. Joe Walsh is rock royalty.”

Walsh is considered a preeminent rock n’ roll guitar legend. He is also an accomplished singer and songwriter. In a career spanning more than 50 years, the multi-Grammy Award winner has been a member of four successful rock bands: James Gang, Barnstorm, Eagles, and Ringo Starr & His All-Star Band. In 2011, Rolling Stone magazine placed him at the No. 54 spot on its list of “100 Greatest Guitarists of All Time.”

Throughout his career, Joe has been a recipient of honors and accolades – in 1998, Walsh was inducted into the Rock and Roll Hall of Fame together with his Eagles bandmates; Joe has also been a recipient of an Honorary Doctorate from Kent State University; Berklee School of Music gave each of the Eagles Honorary Doctors of Music degrees; Dec. 4, 2016, Walsh become a Kennedy Center Honor recipient as a member of the Eagles, which was presented by Ringo Starr.

Walsh’s creative contribution to music has been praised by many of rock’s leading guitarists, from Jimmy Page of Led Zeppelin to The Who’s Pete Townshend and Eric Clapton, who called Walsh “one of the best guitarists to surface in some time. I don’t listen to many records, but I listen to his.”

“Joe will have free reign to essentially take over the programming duties for 88.5-FM for his hour,” Osburn said. “His playlist and blend of stories and anecdotes should make for an engaging 60 minutes. Being entertainment royalty and one of the many local fixtures of the SoCal/Hollywood community, we anticipate Joe’s rolodex of potential guests runs deep, so we feel great about giving him the keys to the car! It’s flattering to have rock legends listening and financially supporting the station”.

Director of Membership Laura Kelly added, “Walsh also has a relationship with Nic Harcourt from our morning show, and he has always been there for us during membership drives”.

The station is a combined effort of California State University, Northridge (CSUN) and Saddleback College, which began simulcasting as 88.5 FM in October 2017, linking together the Los Angeles County- and Orange County-based signals. The station’s Triple-A programming is available on the KCSN and KSBR 88.5 HD1 channels, via the 88.5 app, and online at www.885FM.org.