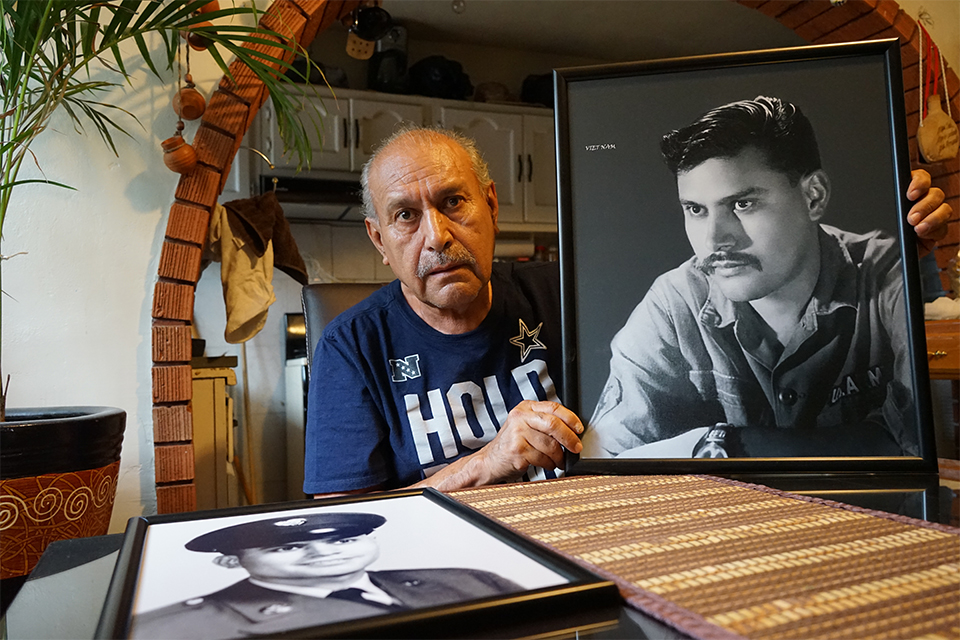 Panchito, a deported veteran raised in El Paso, Texas, was drafted into the U.S. Army during the Vietnam War, displays his boot camp and “in-country” portraits. One of the many photographs by Joseph Silva on display as part of “Deported Veterans: Photographs” at the Museum of Social Justice.

Serving your country is viewed as an honorable path for many Americans. But military service is often not enough to be considered a citizen on paper. 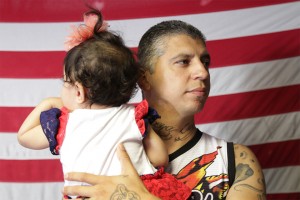 The exhibition, titled “Deported Veterans: Photographs by Joseph Silva,” was organized by the Museum of Social Justice and the Tom & Ethel Bradley Center and opened Thursday, Feb. 24, at the Museum of Social Justice, located at 115 Paseo de La Plaza, Los Angeles. It is the first of two shows featuring of Silva’s work on the subject of deported veterans. The second will be held later this year at CSUN in collaboration with the university’s DREAM and Veterans Resource centers.

“I invested six years of my life to raising awareness of the deportation of veterans from the United States military,” said Silva. “I spent extended time with these veterans and their families so that I might share their stories.”

Silva began the project in 2015, after seeing a social media post about U.S. military veterans being deported. With the help of CSUN photography professor Edward Alfano, the project turned into an exhibition. 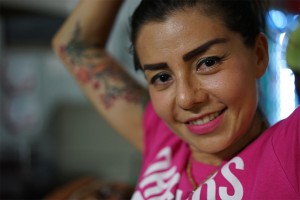 The exhibition will showcase the stories of deported veterans and their families, and includes their first-hand accounts of their experiences. The exhibition seeks to create a visual space in which some of these deported veterans recover their denied citizenship while also exposing the damage inflicted on them by unjust government policies. They want to remind us that their struggle to gain citizen status is a struggle for social justice, Silva said.

“The ultimate hope is that it (the exhibit) helps,” said journalism professor Jose Luis Benavides, director of the Tom & Ethel Bradley Center. “By knowing the stories, I think is a more powerful way of entering the topic.” 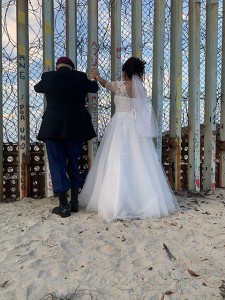 U.S. Sen. Tammy Duckworth of Illinois, a military veteran herself, decried the practice during a visit to the Deported Veterans Support House in Tijuana in 2019.

“I am ashamed of and heartbroken by how our nation is treating the deported veterans I met with today,” she said. “They are Americans all but on paper.”

Admission to the exhibition is free, and it will be running through July 17. The show’s hours are 10 a.m. to 3 p.m., Thursday through Sunday. For more information, visit the Museum of Social Justice’s webpage.

The Tom & Ethel Bradley Center’s archives contain over one million images from Los Angeles-based freelance and independent photographers between the 1930s to the present. The core of the center’s archive is a large collection of photographs produced by African-American photojournalists. Oral histories, manuscripts and other ephemeral materials support the photographic collection.

The archives contain more than 70 oral histories from African American photographers, civil rights leaders and organizers, individuals involved with the history of Los Angeles, journalism, the group Mexicans in Exile and the United Farm Workers, as well as the personal papers of many individuals and organizations. The center’s Border Studies Collection examines the issues surrounding the border between the United States and Mexico.