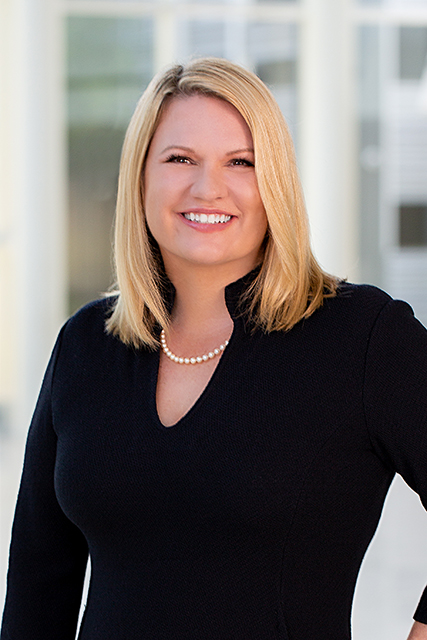 CSUN will celebrate the formal investiture of Erika D. Beck (above) as the university’s sixth president on Monday, March 14. Photo by Luis Luque .

California State University, Northridge will celebrate the formal investiture of Erika D. Beck as the university’s sixth president at 10:30 a.m. on Monday, March 14.

The ceremony, which is themed “A Brighter and More Equitable Future,” will take place in the Great Hall of the Younes and Soraya Nazarian Center for the Performing Arts (known as The Soraya), and a livestream of the event can be viewed on the investiture webpage.

“I am very excited for this occasion,” said Jonathan Hay, president of CSUN’s Associated Students, the university’s student government. “From working with President Beck and from her 100-day listening tour, she is clearly student-focused and driven. I look forward to the work she, Associated Students and the entire student body will continue to do.”

“The faculty of CSUN very much look forward to working with President Beck toward a brighter and more equitable future for our community,” he said.

Beck actually took the helm of CSUN in January 2021. Her investiture was delayed several months because of the COVID-19 pandemic. Before her appointment, she served as president of California State University Channel Islands (CSUCI), a position she held since 2016. Prior to her time at CSUCI, Beck was the provost and executive vice president of Nevada State College (NSC) in Henderson, Nevada. Before that, she served as the dean of liberal arts and sciences, a faculty member in the psychology department and chair of the Faculty Senate at the college. Prior to her service at NSC, she was a faculty fellow at the University of California, San Diego (UCSD) and a research associate at the Salk Institute for Biological Studies.

Since her appointment as CSUN’s president, Beck has helped steer the university through its response to the pandemic. During her first 100 days in office, she held a virtual listening tour to get a feel for the issues that were important to the campus community, which led to the creation of “The Road Map to the Future,” an initiative to determine campus priorities and develop “big ideas,” as seen through an equity lens.

Within months of Beck assuming CSUN’s leadership, the university received a $40 million gift from philanthropist and author MacKenzie Scott and her husband Dan Jewett. The gift was designated to support presidential priorities, which Beck has identified as equity, justice and inclusion.

In August, in partnership with Apple and California Gov. Gavin Newsom, the California State University announced the establishment of a Global Hispanic Serving Institution (HSI) Equity Innovation Hub at CSUN, that will work with HSIs throughout the CSU and nation in order to increase student success and equip Latinx students with skills for high-demand careers in STEM (science, technology, engineering and mathematics).

The day’s festivities will informally start at 9 a.m. on March 14, with Beck laying a red rose at the base of the Matador Statue, located near the center of the campus at 18111 Nordhoff St. in Northridge. It is a tradition for students and other members of the CSUN community to lay a red rose at the statue’s base to mark significant events in their lives, whether overcoming a personal obstacle or celebrating the achievement of a degree or other successes.

The formal investiture taking place at The Soraya is expected to include greetings from a number of dignitaries, including trustees, faculty, staff, students, Tataviam tribal leaders, alumni and other special guests, as well as student performances.

The festivities will culminate with an “Afternoon Kickback with President Beck” from 3 to 5 p.m. on the University Library Lawn. The celebration will include student performances, music, dancing and food.