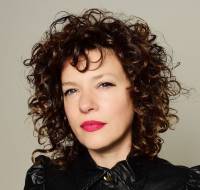 Triple-A radio veteran Carmel Holt, most recently at WFUV/New York, will host the one-hour show, which also will spotlight gender inequality in the music and radio industry. “SHEROES” debuts from 9 to 10 p.m. on Sunday, Nov. 15.

“Carmel Holt is a highly respected broadcast professional, and the SHEROES’ concept is a breath of fresh air,” said 88.5-FM Program Director Marc “Mookie” Kaczor. “This is a music-intensive show, with interviews, discussions and great music. We are very excited to feature this new and exciting program every Sunday night.”

SHEROES will present a fresh and eclectic mix of music by newcomers and familiar names, combined in a carefully curated playlist, as well as an in-depth conversation with one of the artists as part of a “SHERO in the Spotlight” segment.

Holt said the creation of “SHEROES” reflects “a labor of love and a fierce commitment to bringing attention to gender inequality on the airwaves and in the music industry at large.”