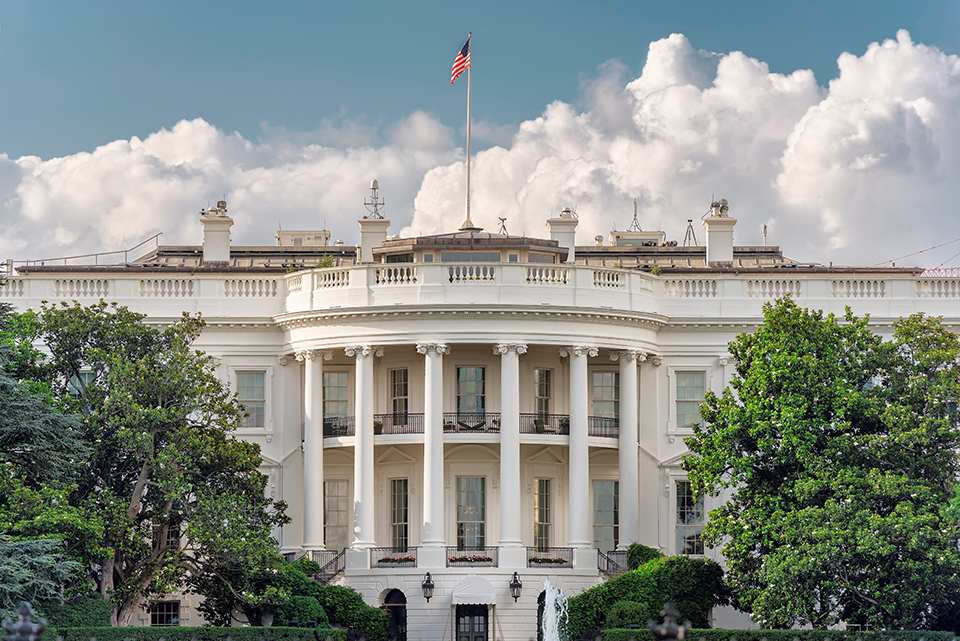 Three CSUN professors, two novelists and a screenwriter, ponder how future novelists and screenwriters will tell the story of Donald Trump’s time as president of the United States. Photo by lucky-photographer, iStock.

As the distance grows from the end of Donald Trump’s tenure as president of the United States, novelists and screenwriters will grapple with how to tell the story of that period of time in America.

It was a marked by civil unrest and growing racial strife; a pandemic that killed more than 400,000 Americans in less than a year; record unemployment; an attempt by insurgents to storm the Capitol building to stop the certification of the election of a new president; Russians hacking into key governmental agencies; and two impeachments.

“It was everything, and the kitchen sink,” said California State University, Northridge creative writing professor Linda Overman, author of the novel “Letters Between Us.” “If I had tried to pitch an idea four or five years ago to a publisher that included all that has happened, as well as a president who behaved like Trump, I don’t think anybody would have bought the idea. But now, the question is, how do you tell the story in a way that people will care?”

CSUN screenwriting professor Jared Rappaport, who has written dozens of television and movie screenplays, including “Fathers and Sons,” agreed.

“Four years ago, people would have said ‘that’s too much,’” Rappaport said. “You couldn’t believe all that would happen and that one man, the president of the United States, would be at the center of it. But now that we’ve lived through it, our perspective has changed. So, the question becomes: How do you write the story?”

As he pondered the question, Rappaport referred to the 1972 film “The Candidate,” starring Robert Redford,” and screenwriter Aaron Sorkin’s acclaimed TV series “The West Wing,” about a Democrat administration in the White House in the early 2000s.

“When you’re talking about the approach, it can’t just be, ‘Can you imagine a guy as this wacky president?’” he said, “You don’t have to imagine it. It’s what happened. So, the next question is, how did it happen? Did we have false notions about democracy, of American exceptionalism? To me, the interesting thing would be: What brought us to this place? How were we so blind that our democracy could be put in jeopardy? We have this notion that we have checks and balances in place so that no matter how much of an outlier a president could be, there would always be a way to rein it in. That apparently wasn’t true. So, in the end, the story that we’re telling is how democracy survives that kind of person.

“The story I would tell would focus on how you defeat what he’s done, and make that into some kind of narrative,” Rappaport said. “And I would write it with a happy ending.”

The core of the story is “character,” Overman said.

“With a character like Trump, I would start at the end — ending his life rather ignominiously,” she said, adding that Trump reminded her, in many ways, of Joseph Kennedy, father of the late President John F. Kennedy. Joseph Kennedy had a larger-than-life personality and a career and personal life marked by scandal and controversy.

If Overman were writing a novel, she said she would put her Trump-like character in a wheelchair, following a major health crisis such as a stroke.

“He was a powerhouse, but a horrible person,” she said. “Now, he can’t move. He can’t talk. But his mind never stops thinking. He’s going to think back on his life and all that he did, or instigated.

“Looking back is easier, I think,” Overman said. “If you start at the beginning of his life, I can still see an editor saying, ‘Wait a minute, you’ve got too much in there.’ But starting from the end of his life, you can have a balanced way of telling the story without it sounding like you threw everything in, including the kitchen sink.”

Regardless of how the story is told, CSUN English professor Martin Pousson, author of the award-winning “Black Sheep Boy,” insisted that the story of the Trump era must be told.

“Why counter a fabulist president with mimesis, with realism?” he asked. “Why not counter the tyrant with fabulism? After all, as a counter-realist genre, fabulism permits the fiction writer to raise outsized monsters, only to see them felled. It permits the conjoining of two or more genres into one, with aspects of horror, fantasy and/or science fiction, along with the moral lesson of a fairy tale — not the kind with princesses in castles, but instead the kind with ogres under bridges.

“Most of the best political fables were not only written outside of realism, but also were written at an angle of perspective, obliquely, rather than directly, reflecting the terrible subject,” Pousson continued. “H.G. Wells’ ‘The War of the Worlds’ is not fabulism, but is a parabolic science fiction tale about how xenophobia precipitated the fall of the British Empire more than a century ago. George Orwell’s ‘Animal Farm’ is not fabulism in the contemporary sense, but is a parabolic fable about the Russian Revolution. Yet both have been used to reflect subsequent political events, such as the ruthless reign of a military dictator over Spain or the Islamophobia in an American president’s Muslim travel ban.”

Pousson said he believes the best portrayal of Trumpism may be one not limited by contemporary events and historical accuracy.

“A fictional response to the Trump era should not comfort and console; it should provoke and perturb,” he said. “It should not allow us to fall into passive complacency with the kind of resolution called for in realism. It should awaken us into active vigilance with the kind of unresolved conflict permitted in fabulism.