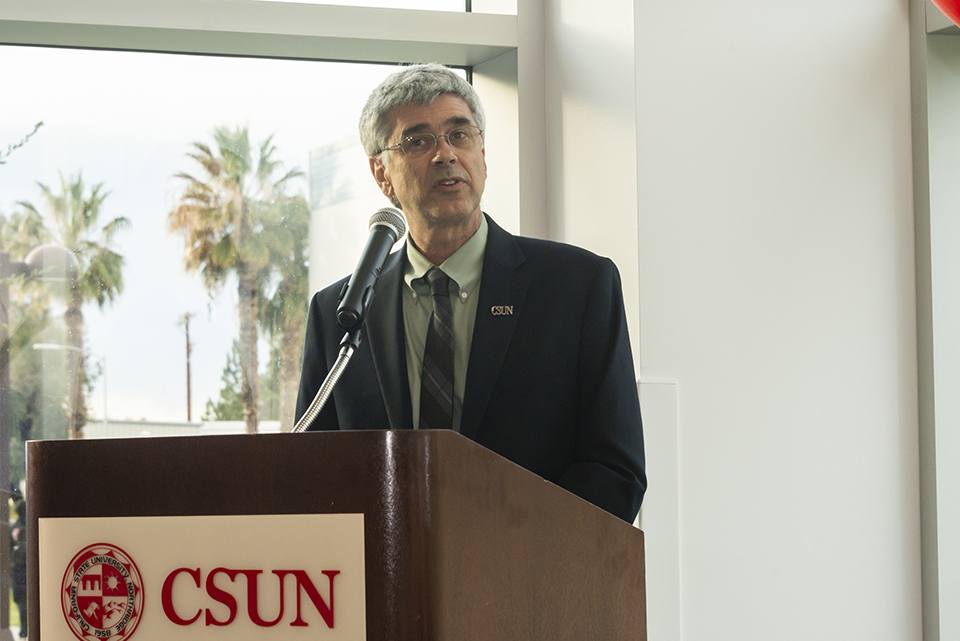 “I often find myself thinking about how I got here,” Cahn said. “I was a student here at CSUN for some time, and my experiences then and now have shaped my work as a faculty member and academic administrator.”

Cahn has served in a wide variety of roles in the CSU, starting as a lecturer at San Francisco State in 1989, and coming to CSUN as assistant professor in the Department of Political Science in 1991, rising to the role of tenured professor in 1999. Next, he served as department chair from 2001-02 and 2005-08, before becoming associate dean of the College of Social and Behavioral Sciences from 2014-17, and interim dean in 2017.

Cahn took on the job of interim vice provost in 2018, working in several areas including student success and university accreditation, and more recently, supporting the major logistical challenges of moving to virtual learning as the COVID-19 pandemic began.

“Moving into a central academic affairs position, such as the role of vice provost, it’s clear to me that we will be most successful if we move beyond traditional silos to work together in a university-first manner,” Cahn said.  “My job as vice provost is to support departments and colleges as they deliver exceptional programs to our students.”