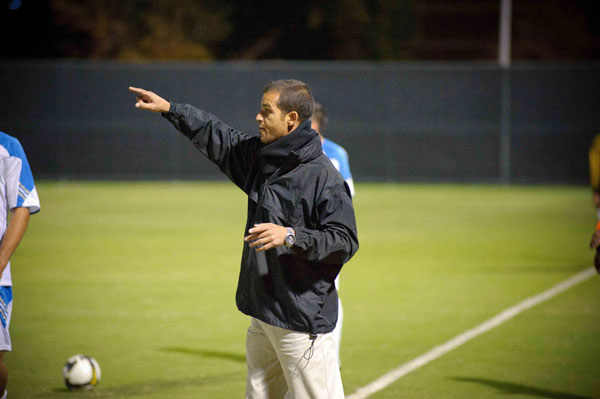 The goal of any university is to mold and shape its students to meet the demands of and succeed in their field. However, at California State University, Northridge, everyone is constantly evolving to become better at their craft. A perfect example is the ascent of Yossi Raz ’06 (Communications), M.A. ’10 (Recreation and Tourism Management).

We highlighted Raz, then the CSUN men’s soccer team assistant coach, a few weeks ago as he vaulted onto the national stage by being chosen one of the top 15 assistant coaches in the country by “College Soccer News.”  Someone must have been paying attention, because Raz is heading over to Cal Poly Pomona to become the head coach of the Broncos’ men’s soccer team.

“Yossi has been a big part of our success in returning to our soccer identity at the Division I level,” CSUN men’s soccer team head coach Terry Davila told GoMatadors.com. “I have seen him mature as both a player, student and coach of the game. He is ready for this opportunity and he deserves it.”

Raz had been with the Matadors his whole collegiate life, from player to coach. He spent eight years working the sidelines, and served as the team’s recruiting coordinator, a job that will help him search for talent  on his new team.