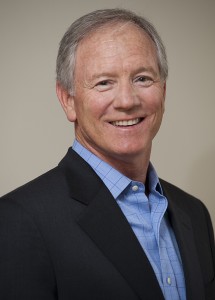 The CSUN Foundation, the nonprofit responsible for accepting and managing university-related philanthropic funds, announced the election of a new board chair and directors at its June meeting.

Outgoing chair Robert Myman ’67 (Political Science), a Distinguished Alumni Award honoree and founding partner of one of the most successful and influential law firms in entertainment, Myman Greenspan Fox Rosenberg Mobasser Younger & Light, served for three years and reached his term limit. During his tenure, the university’s endowment surpassed $100 million for the first time, and philanthropic support totaled more than $70 million. He will continue to serve on the board as immediate past chair. 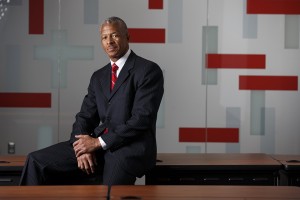 On July 1, the new chair will be Distinguished Alumni Award honoree Robert D. Taylor ’82 (Engineering), a private equity investor and management consultant whose work has focused on increasing economic opportunity and racial justice in Los Angeles and nationally. He is a co-founder and CEO of pioneering private equity firm Centinela Capital Partners and a partner at the 3.5.7.11 private equity firm. He served as an instrumental figure in the rebuilding of Los Angeles after the 1992 civil unrest and as a leader in the National Urban League and Los Angeles Urban League. He also has served on the CSUN Task Force on Engagement and as Foundation Board vice chair. After CSUN, Taylor went on to earn an MBA and J.D. from Stanford University and has consulted with global management firm McKinsey & Company.

President of California State University Northridge, Dianne F. Harrison remarked that, “The CSUN foundation board is a tremendous group of ambassadors, advocates and supporters, and is making a significant impact on the future of the university. I am deeply grateful for Bob Myman’s service as chair, and for Robert Taylor’s willingness to pick up the gavel. They are both great examples of the very best that CSUN offers to the world through its alumni.”

“The CSUN Foundation made tremendous progress with Bob Myman’s leadership, and I am thankful he is continuing to serve on the board as immediate past president,” said Robert Gunsalus, vice president for University Relations and Advancement and president of the CSUN Foundation. “We are fortunate that we have a steady supply of stellar leaders, and I’m excited about the future with Robert Taylor as chairman.”

The transition was made amidst the COVID-19 crisis and worldwide protests in response to the Memorial Day killing of George Floyd by Minneapolis police, as well as the killing of numerous other Black individuals due to police violence.  Against that backdrop, Gunsalus reminded the Board and guests that, “our work at CSUN is a powerful force in the eradication of ignorance and racism and in the propagation of justice and understanding.”

Myman and Taylor drew on their histories of activism as they reflected on the importance of their work in supporting CSUN in its mission of providing life-changing opportunities, especially in a time that has laid bare the consequences of inequality and injustice.

Taylor spoke of the challenges he has faced, the progress he has seen, and his enduring belief that the future is ours to shape.

“It’s difficult to find a Black person of my generation who has not felt the sting of racism, repeatedly and recently,” Taylor said before hopefully noting, “when history writes the story of these times, that story will be fueled by the work that institutions like CSUN and other public education systems do, and the investments we make in expanding opportunity. That work will be driven by people like us.”

Myman, who was part of a student group that supported U.S. Sen. Robert F. Kennedy for president — before his assassination in the summer of 1968 in Los Angeles — recalled a moving line from one of Kennedy’s most famous speeches:

“Each time a man stands up for an ideal, or acts to improve the lot of others, or strikes out against injustice, he sends forth a tiny ripple of hope — and crossing each other from a million different centers of energy and daring, those ripples build a current which can sweep down the mightiest walls of oppression and resistance,” Kennedy said.

“I’m glad CSUN offers that kind of hope to so many people,” Myman said as he concluded his term as chair. “Thanks for the opportunity to be part of this.”

The newly elected board members are Distinguished Alumni Award honoree Ravi K. Sawhney ’79 (Art), the president and founder of RKS Designs, an industrial design firm; and Richard H. Schweitzer ’87 (Accounting Theory and Practice, Finance), the CFO and chief risk officer of Aristotle Capital Management. Returning to the board is Barbara L. Levy ’74 (English).

Cindy Chernow ’78 (Anthropology), M.A. ’91 (Counseling and Guidance), a consultant, career coach and president of Chernow Consulting who served as president of the CSUN Alumni Association for the past three years, has reached the end of her term. The new Alumni Association president is her husband, Distinguished Alumni Award honoree Dan Chernow ’67 (History), M.A. ’89 (Foundations of Education), M.A. ’03 (History), former executive director of the UCLA School Management Program.