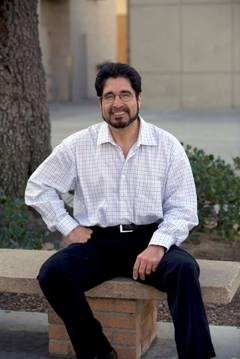 In California, as well as in most of the southwestern United States, the history and culture of the Mexican-American populous is woven into the fabric of life. From food to music to clothing, their contributions are readily present in everyday life.

However, some aren’t as noticeable as others, and CSUN professor Fermin Herrera has made it his mission over the past 40-plus years to give those its due. Now, it’s time for him to get some of that love back. On Aug. 10, 2012, Herrera was one of those honored during a celebration of dance and music entitled “4 Generations Son Mexicano in California,” held at the Ford Amphitheatre in Los Angeles.

As one of the first faculty members of the Chicana/o Studies department when he arrived at CSUN in 1971, Herrera blazed a trail that made him one of the most nationally respected authorities in the field. In addition, Herrera also became an accomplished and internationally recognized harpist who started a music group, Conjunto Jarocho Hueyapan, which celebrates California’s Mexican-American and Chicano arts. The group played at the event.  Herrera saw the celebration as both as an honor and signal that the movement he helped fuel was still going strong.

“I see it more as a tribute to all the wonderful musicians, dancers and storytellers who are from California and contributed to the preserving and sharing of our culture,” he said. “If they are using me as a symbol of that, well, all I can say is that I pay homage to all of them.”