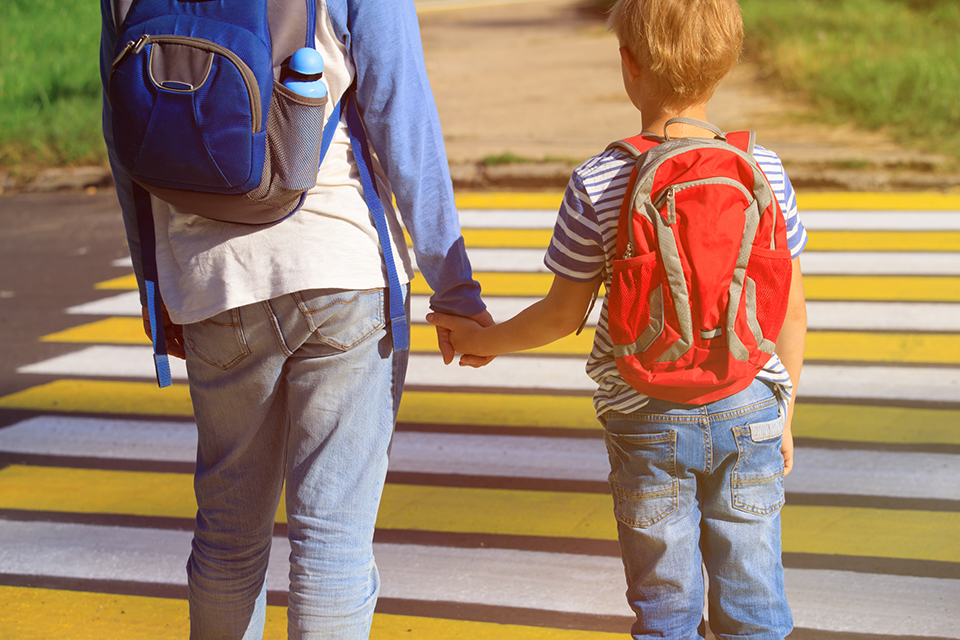 CSUN child and adolescent development professor Virginia Huynh and a team of researchers have launched a new study to find out what white parents are doing to teach their children about racial inequality. Photo by Nadezhda1906, iStock.

Kindness and diversity are the usual catchwords white parents use when pressed about what they are doing to teach their children about racial inequality. But are their actions modeling their words?

California State University, Northridge child and adolescent development professor Virginia Huynh and a team of researchers have launched a new study to find out. They are attempting to understand how white parents convey the norms, values and customs regarding ethnicity to their children — a practice called ethnic-racial socialization. Their first paper on the subject, “From Kindness and Diversity to Justice and Action: White Parents’ Ethnic-Racial Socialization Goals,” was published last month in the Journal of Family Issues.

“White people benefit from the racial status quo, but for decades, parents of white children have been silent about race,” said Huynh, who teaches in CSUN College of Health and Human Development. “Now, racism is at the top of America’s agenda, and white parents are hungry for guidance on how to address racial equity. Understanding how white parents practice ethnic-racial socialization is an important step toward racial justice.” 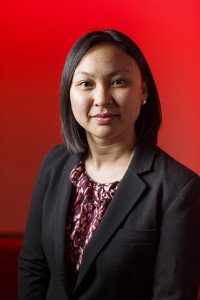 Huynh and her colleagues — Cari Gillen-O’Neel, a psychology professor at Macalester College; Taylor Hazelbaker, a doctoral candidate in human development and psychology at UCLA; and Asya Harrison, a doctoral candidate in education and psychology at the University of Michigan, Ann Arbor — are studying the parents of children at a K-8 school located in the Minneapolis-Saint Paul metropolitan area that includes social and racial justice as part of its educational mission.

“There are a lot of people who are like ‘I’m progressive. I care about liberal issues. I am enrolling my kids in this school, and the school will take care of this for me. So, I’m good,’” Huynh said. “But it takes an extra level of effort and self-awareness to know that that’s not enough. Because even if you’re kind of aware and your heart’s in the right place, when you don’t actively do something, it still perpetuates the status quo.”

In 2018, Huynh and her colleagues interviewed 50 parents and their children at the school about their goals for teaching their children about racial justice, focusing on privilege, taking action, awareness of racism, valuing diversity, egalitarianism, how informed they were about race, anti-racism, empathy and racial and ethnic identity.

Huynh noted that previous studies indicate that racial colorblindness is a common goal of white families. For some families, it is because they believe that racism is no longer an issue in America, while others believe that ignoring race will prevent racism.

“The colorblind ideology was less common among the people we talked to,” she said. “Instead, the parents in this study shared more ‘color-conscious’ goals — goals that acknowledge the importance of race in society.

“For example, parents who expressed informed goals explicitly wanted their children to be aware of and to ask questions about race,” Huynh said. “Even as a few parents suggested that colorblindness might be a goal ‘if everything was equal out in the world,’ they recognized that racial disparities persist in our country and, therefore, felt that colorblindness was inappropriate. In fact, many of these parents’ goals went beyond color consciousness. Many wanted to raise children who would work to end racial inequalities and embrace the difficulty of being anti-racist.”

Those latter goals posed a quandary for some parents, Huynh said. While they wanted their children to be part of the effort to end racial inequalities, some parents still believed their children were racially “naïve,” weren’t sure how to discuss race in “developmentally appropriate” ways and were hesitant to destroy the “innocence” of childhood.

“Though all these parents shared progressive, politically liberal beliefs, when it came to taking on difficult topics, parents’ individual goals spanned a range from shallow to deeper engagement,” Huynh said. “Some families tended toward multiple, shallow goals — vague awareness of privilege and racism — whereas others tended toward multiple, deeper goals — embracing the difficulty of being anti-racist and taking specific action to address racism in systemic settings. Not all parents’ practices aligned with their stated goals and beliefs.”

The parents were first interviewed three years ago. Since then, there has been a national racial reckoning following the murder of George Floyd in Minneapolis, as well as increased reports of race-based hate crimes. Huynh and her colleagues are now interviewing the parents to see if those incidents have changed how they teach their children about racial inequality. The researchers have received funding to expand their study to include other schools, teachers and families.

“We’re asking teachers about their practices and values with regards to racial equity,” Huynh said. “We’re curious to know what impact teachers’ practices have on children’s ideas about race.

“We purposely chose Minnesota, not places like Los Angeles and New York, to see if we could get a sense of what people are doing and talking about with other white people in a mostly white community,” she said. “How do you talk about racism if you don’t have Black neighbors or neighbors of color and you don’t witness racism? How do you get out in front of the issue? We can do all this research on progressive white people living in progressive communities, but we need to know what other people, living in different communities, are thinking about if we want to change minds and move in the direction where we are more inclusive — so that kids can grow up in a world where they can interact with other people in meaningful, constructive ways.”