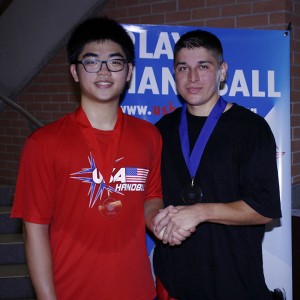 Although it isn’t featured on the nightly sports shows, handball in its different variations is one of the most popular sports in the world. California State University, Northridge multimedia student Michael Acevedo learned the game from his father, and began playing handball at age 19 as a way to spend more time with him. Little did he know that the game he played for fun and some bonding time would eventually make him a national champion.

The San Fernando resident won the Division 1 C title at the 61st annual United States Handball Association’s (USHA) National Collegiate Championships last month, beating out competitors who came as far away as Ireland. Acevedo, who plays the single-player variation of handball, beat representatives from the State University of New York, Stony Brook, Florida University, and University of Texas, Austin to capture the crown.

Acedvedo told the San Fernando Valley Sun that he hopes at least two things will come from his victory — a greater appreciation and participation of handball around the CSUN community, and that his little brother will be inspired to believe that he can do anything he wants to in life.