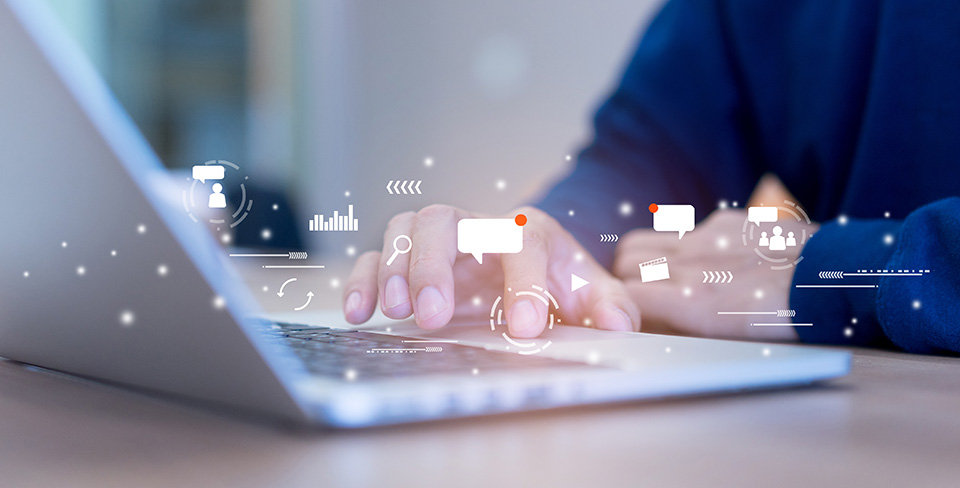 CSUN researchers have found that consumers are turning to “digital vigilantism” to force businesses and other organizations to respond to their concerns. Photo by Chainarong Prasertthai, iStock.

A team of researchers at California State University, Northridge has some advice for providers of services to the public: listen and respond to their customers, particularly to what your customers are saying on social media.

If the providers do not, the researchers cautioned, the customers they disappoint can unleash a wave of consumer “digital vigilantism” that can damage brands and force a reckoning that can catch many organizations and businesses by surprise.

CSUN marketing professor Kristen Walker said digital vigilantism occurs when consumers turn into activists, and use the power of social media to share injurious and constructive content, whether they are ranting or hoping to inspire change.

To demonstrate the power of the consumer voice in a digital world, Walker, fellow CSUN marketing professor Tina Kiesler and Kimberly Legocki, a recent doctoral graduate from France’s Grenoble Ecole de Management who studied with Walker at CSUN’s David Nazarian College of Business and Economics, examined the digital responses to the 2017 Charlottesville, Va., Unite the Right rally, which resulted in the death of one person and injuries to dozens more. The researchers chose the rally because an independent review found that public service providers — police and city officials —  were culpable in its aftermath.

Their study, “Sound and Fury: Digital Vigilantism as a Form of Consumer Voice,” was recently published in the Journal of Public Policy & Marketing.

“The Charlottesville rally, from a consumer’s perspective, was a perfect example to study,” Kiesler said. “There was a confirmed breakdown in the ability of service providers to follow through on consumer expectations — in this case, that city officials and law enforcement would do their jobs and avoid the violence that followed. An independent review said the city and police failed in their duties that day. So, you get that rare opportunity where an independent organization has said that, in this circumstance, consumer citizens were not getting their needs met.”

In the past, she noted, consumers may have resorted to a boycott to express their displeasure. The internet has provided them with another avenue to vent their frustrations —social media and specifically Twitter.

Legocki, Walker and Kiesler studied the digital responses to the rally, specifically the tweets. The tweets were analyzed using qualitative thematic coding, cluster analysis and sentiment analysis. Tweets, during and after the rally, yielded five types of “digital vigilantism:” “Shame on Them!”, which concentrated on messages related to shaming; “Hear ye, hear ye…”, messages that shared content and opinions; “Can you believe this?”, messages that focused on seeking solutions, primarily involved in assisting law enforcement; “Let’s get ‘em!”, messages associated with revenge and seeking harm; and “Do the right thing,” messages that focused on sharing quoted retweets and original content.

The researchers found that social media platforms enable the creation of “distributed democracy efforts” and “digital neighborhoods,” where active citizens assume certain governmental responsibilities and tasks to solve a communal problem or improve a local community. This behavior, they said, extends to Twitter when public institutions remain silent during a crisis, forcing consumers to seek out and share news and information.

In the case of the Charlottesville rally, the government failed to fulfill its obligations, thus motivating some consumer citizens, such as Shaun King, to act as de facto police, utilizing social media as their medium and their voices as their weaponry.

“We believe this pattern can be repeated as the result of a service failure involving any type of organizastion,” the researchers wrote in the journal article.

Legocki, who spent more than 20 years as marketing professional and is now a marketing lecturer at CSU East Bay, said she is hoping the study will launch a serious discussion among marketing professionals as they consider the future of their field. She noted there is little data on the power of consumer activism in the digital age.

“What makes the Charlottesville example so interesting to research is the fact that online conversations were centralized around a single hashtag, ‘#Charlottesville,’ almost from the beginning. This made it possible to track events as they unfolded, as well as, the public’s immediate reaction,” Legocki said. “We witnessed a wide range of consumer citizen activist behaviors. Doxing (the public posting of private information) was the piece that was most fascinating to us. Because this was the first time that we could recall where doxing was intended for good.”

Some Twitter users in the Charlottesville incident accessed private information to identify and publicly shame any and every white nationalist who took part in the rally, whether they committed a crime or not. Others, however, focused on identifying only the white nationalists seen in photos and videos committing violent acts. The digital evidence was then turned over to the Charlottesville Police Department.

The researchers noted that while shame and demanding justice “appear to be dichotomous behavior, the desire to enforce social norms can motivate both helpful and harmful actions.”

Legocki, Walker and Kiesler said that by understanding how the public might respond when it perceives a business and other organizations doing wrong, those entities can develop appropriate social media monitoring and response strategies to ensure they are responsive to their customers’ concerns.

“As social media becomes an increasing means of power for consumers’ voices, it is critical for organizations to engage in social listening and take part in constructive conversations,” Walker said.