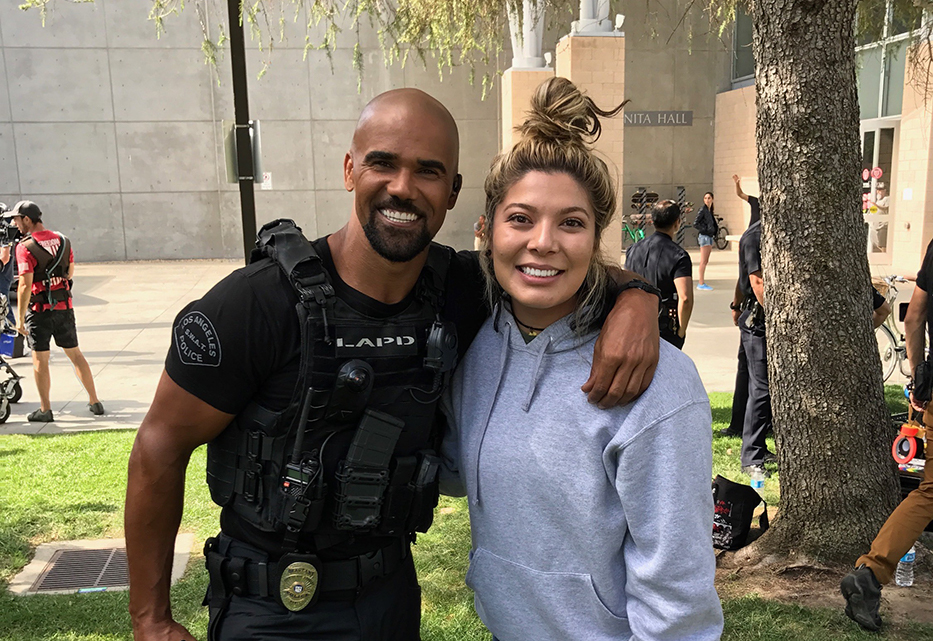 It has long been a sense of pride for Matadors to know that CSUN’s proximity to Hollywood and its extensive campus facilities make it an ideal set piece for feature films, TV shows, music videos and commercials. Now that CSUN students, faculty and staff, along with millions of other Americans, are staying home to help flatten the curve  for COVID-19, it’s the right time to catch up on the many cameo appearances of iconic CSUN buildings. Thanks to streaming services such as Netflix and Hulu, the CSUN community can “return” to CSUN from the comforts of their own living rooms — and while there, hang out with Steve Carell, Dwayne “The Rock” Johnson and Julia Louis-Dreyfus.

This curated list of streamable TV shows can help pass the time that might have been spent commuting or running errands. And you’re in luck — our list includes some of the best series of this century.

Read on to find show titles, synopses, where to watch, and which CSUN locations are used in the show.

Synopsis: One hundred individuals from diverse backgrounds participate in eccentric experiments exploring many different aspects of what it means to be human.

Various areas of CSUN’s campus serve as sets throughout the entire season of this new Netflix series, including the Younes and Soraya Nazarian Center of the Performing Arts, Bookstein Hall and the Grand Salon of the USU.

Synopsis: When Eleanor Shellstrop enters the afterlife, she’s accidentally sent to the Good Place instead of the Bad Place where she belongs. While hiding from the Good Place architect, she’s on a mission to make amends with her past grievances and earn a spot in the Good Place.

Watch on Netflix, Hulu, the NBC App or YouTube TV.

Synopsis: This series follows former NFL player Spencer Strasmore, played by Dwayne “The Rock” Johnson, as he decides to become a financial manager to help his younger friends playing in the NFL.

Find Dwayne Johnson inside the Soraya’s lobby on Season 5, Episode 5 of the hit series, as well as Matador Road between the Student Recreation Center and the SRC Soccer Field during episodes 4 and 7 of the same season.

Synopsis: Sergeant Daniel “Hondo” Harrelson, a lifelong Los Angeles local and former Marine, has been tapped to lead a new “last stop” Special Weapons and Tactics unit. As a Los Angeles native, Hondo feels deeply loyal to not only his “brothers in blue” but also the people they serve.

Season 1, episode 4 reveals a thrilling conclusion with a hostage situation filmed inside the Johnson Auditorium along with additional scenes filmed on the Sierra Quad and on the rooftops of the CSUN Library and B3 parking structure.

Synopsis: Still one of the most popular shows on Netflix, this mockumentary sitcom depicts the everyday lives of office employees in the Scranton, Penn., branch of the Dunder Mifflin Paper Company.

Synopsis: Julia Louis-Dreyfus stars in this comedy series about a Vice President who attempts to leave a positive political legacy but is often involved in day-to-day political games with her political colleagues.

Watch on Hulu or HBO Now.

Two CSUN locations, the Plaza del Sol Theatre and Manzanita Lawn, are highlighted in Episode 3 of Season 7 and feature Julia Louis-Dreyfus and Hugh Laurie on campus. 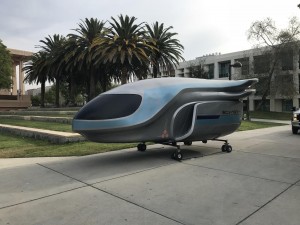 The Orville Shuttle from the television show “The Orville” parked during filming on the Oviatt Lawn. Submitted photo by Genelyn Arante.

Season 2, Episode 5 features the USS Orville’s shuttle parked on the Oviatt Lawn, as well as a glimpse at the Grand Salon. Seth Macfarlane, Adrianne Palicki and other members of the cast walk through CSUN within these scenes.

For more information about filming at CSUN, visit http://www.csun.edu/licensing.