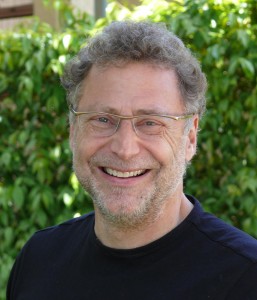 Mlodinow’s talk, hosted by CSUN’s College of Social and Behavioral Sciences, is scheduled to take place at 7 p.m. in the Whitsett Room, in Sierra Hall Room 451, on the west side of the campus located at 18111 Nordhoff St. in Northridge.

In his book, Mlodinow explores how the unconscious mind plays a commanding role in shaping our daily lives, from work and family relationships to financial decisions.

Mlodinow recived his Ph.D. in theoretical physics from the University of California at Berkeley, was an Alexander von Humboldt Fellow at the Max-Planck-Institute fur Phsik and Astrophysik in Munich and now teaches at the California Institute of Technology.

He is the author of numerous academic papers on mathematical physics and quantum optics, and seven popular science books, his last four bestsellers. His book, “The Drunkard’s Walk: How Randomness Rules our Lives,” was The New York Times editor’s choice, notable book of the year and was short listed for the Royal Society book award. “The Grand Design,” co-authored with Steven Hawking, was a bestseller and was made into a three-part documentary on the Discovery Channel. He is also the co-author, with Deepak Chopra, of “War of the World Views: Science and Spirituality,” and three other books. In addition, Mlodinow has written for The New York Times, The Wall Street Journal, Scientific America, Nature, Newsweek, Wired, The New York Review of Books, and other mass-market publications.

His numerous television appearances include “The Larry King Show,” “The Piers Morgan Show,” “The Stossel Show,” “Morning Joe,” “The Dylan Radigan Show,” and “Through the Wormhole.” He has also created several award winning video games–including one in conjunction with Steven Spielberg, and starring Robin Williams–and has written for network television, including the series “MacGyver,” “Star Trek: The Next Generation” and the comedy “Night Court”.