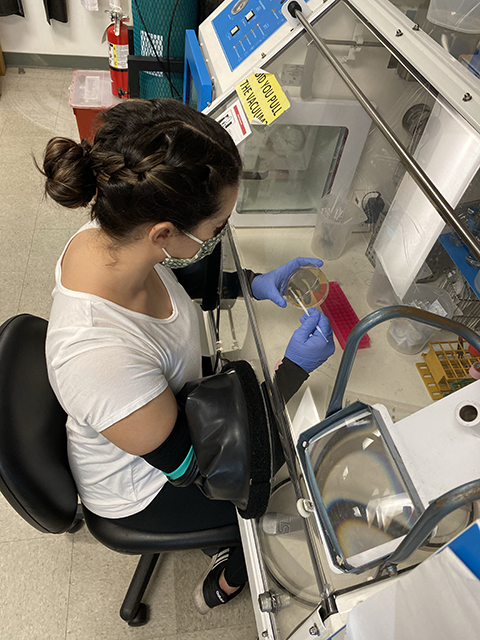 There is so much about how the human body functions that remains a mystery. California State University, Northridge microbial ecologist Gilberto Flores has received $1.4 million from the National Institutes of Health to help unravel some of those mysteries that involve the distinct bacterial community called the human gut microbiome.

The four-year grant supports Flores’ research in understanding how one particular bacterium, Akkermansia muciniphila — seen by many health food manufacturers as a potential “good” bacteria to add to their products — promotes health in its human hosts.

“The gut microbiome is an emerging field in the biomedical sciences,” Flores said. “What I am doing is really looking at our large intestine and the microbes that live in there, and trying to understand how they contribute to various aspects of our physiology.”

Flores said scientists have understood for years that the microbes in the large intestine help digest fibers from foodstuffs to produce energy, a process called fermentation. 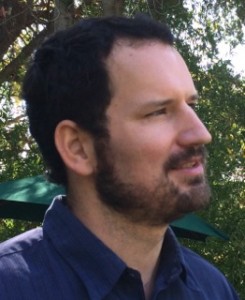 “We’ve known they’ve been there for a very long time and usually think of them in terms of their fermentation ability,” he said. “As it turns out, they are doing a lot more than just fermenting fibers. They are contributing to a number of diseases, both positively and negatively. Basically, the microbes are communicating with our immune system, and even our brains, as it turns out. The gut is a very active area.

“In order to maintain a healthy relationship with those microbes, we need to understand their biology and how they function,” Flores said.

Akkermansia muciniphila stands out because it sustains itself by consuming mucin, the main component of the mucus our bodies produce to, among other things, protect our cells. As Akkermansia consume mucin, they help signal our bodies to produce more, thus helping to maintain this protective barrier.

Flores’ lab is studying how Akkermansia interacts with the host and other organisms in the gut. Akkermansia is largely thought of as a keystone species, a species on which other species in an ecosystem — in this instance, the human gut — largely depend. If a keystone species was removed or its abundance was significantly altered, the ecosystem could be impacted dramatically.

Flores noted that Akkermansia play a role in every stage of human development, from helping infants digest breastmilk and other nutrients to helping adults regulate blood glucose levels. Given that role, Flores said health food manufacturers are keen to add the bacteria to their probiotic products.

Before that happens, Flores said, “we need to understand exactly the role Akkermansia play in gut.”

“Some bodies react better than others to things,” he said. “We are all unique. If you don’t understand what each body needs, you’re not going to recognize when you’re giving them too much or too little or the wrong type of bacteria. And then there’s the other question: If some of us already have the bacteria, which many of us do, why do we need to get new strains?”

Flores called the bacterial community in the human gut “a whole new world” that scientists are just beginning to understand.

“It’s something that most of us don’t think about, but is so important to who we are as living beings,” he said. “There is still so much we don’t know and are just in the process of discovering.”