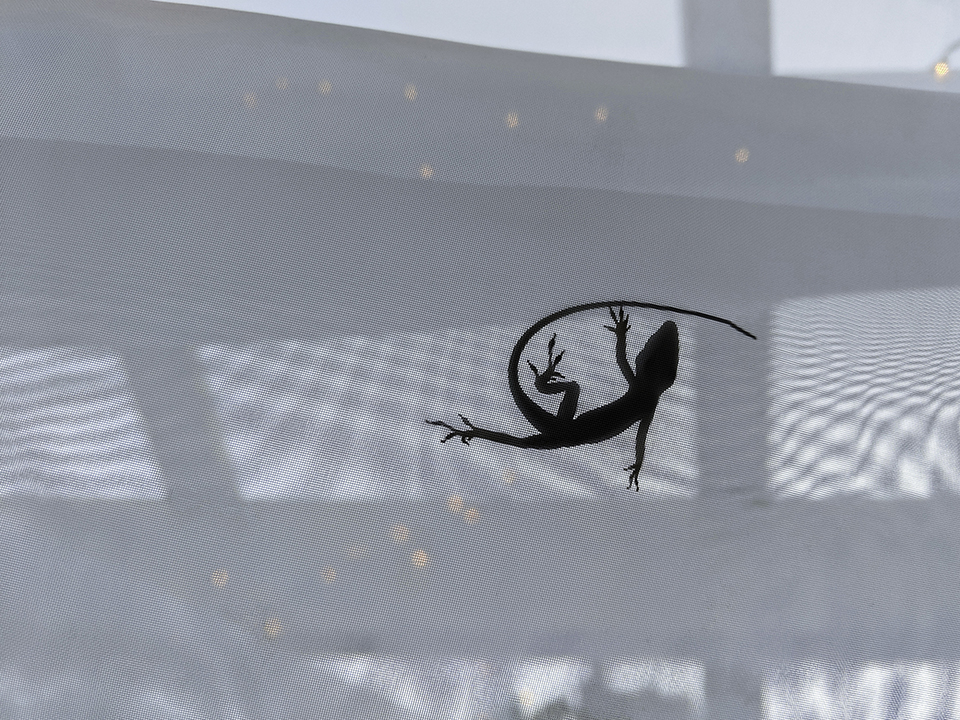 CSUN assistant professor of mechanical engineering Jamie Booth has received a $300,000 grant from the National Science Foundation to further understanding of the performance of synthetic adhesives which harness mechanisms used by the gecko. Photo by Renata Tyburczy, iStock.

Many a young child has spent a lazy sunny afternoon watching in awe as a gecko journeyed across the landscape. Its adhesive-like toepads keeping the lizard upright and moving regardless of the surface — gravel, a tree branch, a stucco wall or even a glass window.

That ability to stick and release on any surface has fascinated California State University, Northridge assistant professor of mechanical engineering Jamie Booth for years. Booth received a $300,000 grant from the National Science Foundation to further understanding of the performance of synthetic adhesives which harness mechanisms used by the gecko. What he and his students learn could revolutionize a number of fields, from manufacturing to medicine. 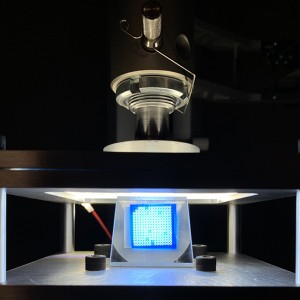 Visualization of the contact of a bio-inspired adhesive during testing in the Multiscale Mechanical Characterization Lab at CSUN. Image courtesy of Jamie Booth

“Geckos have the remarkable ability to support their weight while climbing on walls and ceilings,” said Booth, who teaches in the College of Engineering and Computer Science. “When you see a gecko climbing a wall, it’s not pausing and heaving its foot off the wall and then carefully placing it back down. It can switch between strong attachment and easy detachment to move quicky, and it can stick and unstick tens of thousands of times.

“The way a gecko achieves this is all down to an intricate structure of hair-like fibers on its toepad that begin at the microscale and branch into nanoscale features that contact the target surface,” Booth said. “These structures allow the gecko’s toepads to get super, super close, around all of the roughness that makes up the surface of something, whether its a rock or even glass, and attach themselves.”

Those hair-like structures attach using something called “van der Waals forces,” Booth said. Named after Dutch physicist Johannes Diderik van der Waals, this interaction between all atoms and molecules is primarily due to fluctuating charge due orbiting electrons, but can only be perceived if intimate contact is achieved.

“Researchers from around the world have been working on fabricating gecko-mimetic surfaces for over a decade, but there is still a lot we don’t understand about them – particularly how surface roughness affects their performance and how to tailor designs for rough surfaces,’’ he said. “There’s a lot of potential applications for that, from climbing robotics and industrial automation to biomedical devices and skin adhesives for things like wearable technologies. The applications could be endless.”

With the support of the grant, Booth will work with graduate and undergraduate students in both his laboratory and his classes to understand the impact of surface roughness. “When you have all of these little fibers in contact with the surface, the detachment happens because of little defects — little cracks, if you will — created by the roughness in the interface between the adhesive and the surface. These grow as the fibers detach, much like a crack might cause a failure in an engineering structure.”

It’s those “cracks” that Booth and his students will be studying.

“I’m a fracture mechanics person,” Booth said. “I am fascinated by the study of fracture in engineering materials. There are so many interesting techniques used in nature to prevent cracks from growing through structures. People most likely don’t think of geckos as preventing cracks from causing fracture when they see them climbing walls, and that is part of what makes it such a fun application of mechanical engineering.”