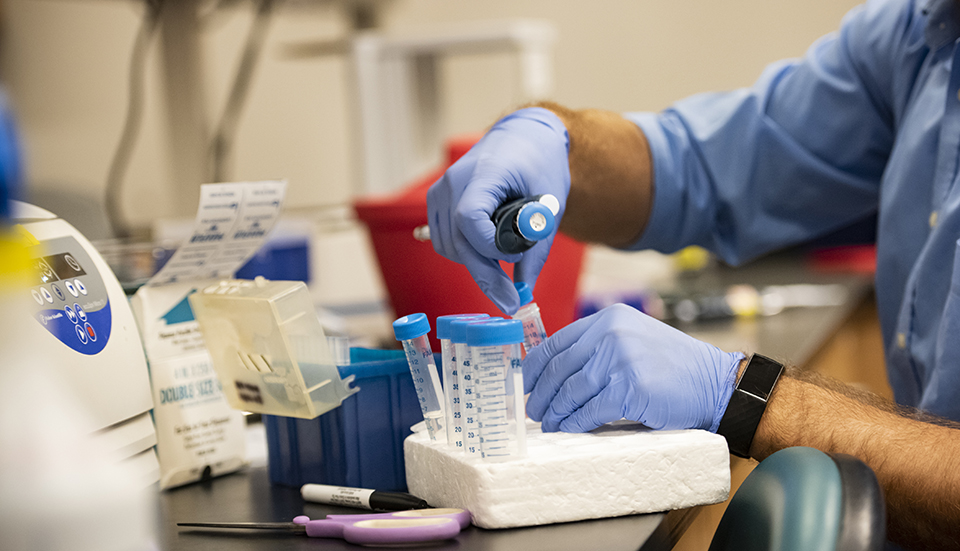 Scientists who don’t feel they can express their queer identities at work have lower research productivity, according to a new study by CSUN evolutionary biologist Jeremy Yoder. Photo by Lee Choo.

Scientists who don’t feel they can express their queer identities at work have lower research productivity, as measured by their scholarly publication rates, according to a new study by California State University, Northridge evolutionary biologist Jeremy Yoder.

Scientists who publish fewer research papers may have trouble winning grants and advancing their careers, said Yoder, who has spent years researching the experiences of LGBTQIA+ identifying individuals working in science, technology, engineering and mathematics (STEM) fields, as part of the Queer in STEM project. Yoder started Queer in STEM in 2013 with Allison Mattheis, an associate professor in advanced and applied studies in education at California State University, Los Angeles, and this new study was led by Joey Nelson, a scientist with the consulting firm Exponent. The new study is the first of its kind measuring how the pressures to keep one’s sexual identity private can impact workplace productivity.

“When we talk about how hiding your queer identity can impact your work productivity, we often get anecdotal evidence,” Yoder said. “Academia is one of those areas where we can obtain a numerical measure of how someone’s productivity rate — in this case, how often they publish — is impacted by whether or not they feel safe to disclose who they are at work. In academic research, there are lots of important ways to contribute, but your professional success is closely tied to how many research papers you publish. It can impact what kind of grant funding you can win, as well as hiring, promotion and tenure decisions.”

“We found that those researchers who identified LGBTQIA+ and were comfortable talking about their identities at work — something as simple as sharing about one’s partner during a casual conversation — had a higher publication rate than those researchers who didn’t feel safe revealing their queer identities,” he continued. “There’s long been an idea that not feeling safe to ‘come out’ at work creates stress and challenges that impose a cost on productivity and job satisfaction. This is, to my knowledge, the first study establishing that directly.”

The study, “Nondisclosure of queer identities is associated with reduced scholarly publication rates,” appeared in the journal PLOS ONE. Nelson, Mattheis and Yoder analyzed data from two surveys of hundreds of STEM researchers, queer and straight, to see how hiding queer identities impacted LGBTQIA+ identifying researchers.

“Whether you can be open about your identity where you work offers insight into these disparities,” he said. “It’s clear from the data we collected that not being able to present yourself honestly at work can cause stress and is a source of job dissatisfaction. When you are unhappy at work, it’s going to impact your productivity rate.”

Yoder said he and his colleagues hope their study sparks conversations about just how welcoming workplaces are, whether in academia or the private sector.

“This was basic data collection that demonstrated, with real numbers, how unwelcoming environments can inhibit productivity,” Yoder said, adding that the study did not take on the issues confronted by queer researchers of color.

“This was just the first step, a snapshot in time, in what we hope will be a larger conversation,” he said.

He noted that the National Science Foundation has surveyed recent doctoral degree recipients for decades about their career progress, which has helped to identify disparate outcomes based on gender, race and ethnicity. The information, Yoder said, is considered “the gold standard” for measuring what is happening in the scientific community.

“They have yet to ask about sexual identification or gender identities,” he said. “Maybe it’s about time they did.”