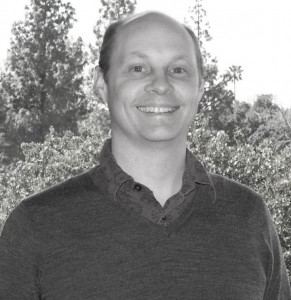 The truth and its pursuit is a never-ending journey with surprising plot twists. Add in an expansive information network like the internet, and you have a chase of epic proportions.

These and other digital villains of misinformation can be found in California State University, Northridge digital services librarian Andrew Weiss’ latest book, “The Dark Side of Our Digital World (And What You Can Do About
It)”.

Weiss explained that these types of people seek out social platforms as a way to lead others astray and create false narratives. 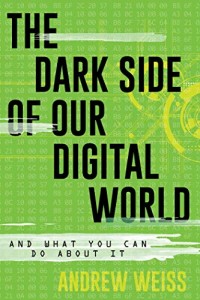 Weiss began his career in education after graduating from Temple University in Philadelphia with his first master’s degree in English. Later, he spent 10 years in Japan, working as an English teacher. Weiss moved back to the United States in pursuit of a second master’s degree in library and information science from the University of Hawai’i at Mānoa.

“I started to see a lot of things related to digital collections,” Weiss said. “I found that really fascinating that they were starting to scan whole libraries, and found digital information to be the way of the future and where things were going.”

The idea for his latest book came while he was working on his second book, “Big Data Shocks: An Introduction to Big Data for Librarians and Information Professionals.” Weiss wanted to explore the topic of misinformation and its rapid spread on the internet further.

“I took a class on digital libraries from one of my favorite professors at the time, and as we started to do research into digital libraries and digital information, some of the problems kind of became apparent right away,” Weiss said. “Especially with how it spreads so easily.”

Weiss explained that in the case of digital information in libraries, context information giving background can be lost as the information is shared over time. Loss of context can lead to misinterpretation of that information.

The concept for the book and exploring topics of digital misinformation also stemmed from the idea that this behavior online could be pathological. The pattern and method by which people search and stop searching for information interested Weiss.

The book delves deeper into the methods of misinformation and unwanted surveillance that may occur on the internet such as background monitoring through cookies.

“The Darkside of Our Digital World (And What You Can Do About It)” can be found on major bookselling platforms such as Amazon and Barnes and Noble.