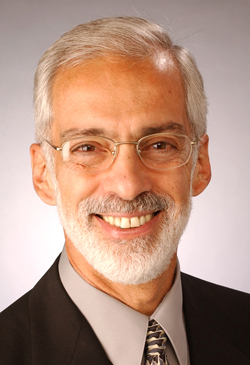 Piper, who served as vice president of student affairs for nearly 10 years, strove to actively partner with campus colleagues in support of student success as a member of CSUN’s executive leadership team. He is credited with reshaping CSUN’s Division of Student Affairs to align with the most current thinking and practices that support student learning and success. Piper passed away on May 13, 2010 after a battle with melanoma.

“The event continues the legacy of Dr. Piper’s work as an innovator and promoter of applied theory to practice, particularly as it related to accountability of learning and development,” said Shelley Ruelas-Bischoff, associate vice president for student life and co-chair of the event.

The event will open with a reception at 8:30 a.m., followed by the lecture at 9 a.m. It is open to faculty, staff and administrators at CSUN. Tinto’s presentation is titled, “Student Success Does Not Arise by Chance: A Presentation on Promoting Student Success and Graduation.” It is expected to focus on how all members of the campus community play a vital role in facilitating student success.

Deadlines are closed for the two breakout sessions following the lecture.

Like Piper, Tinto was part of a group of highly esteemed leaders in higher education who came together to create a new publication for the members of the American College Personnel Association known as the bimonthly magazine “About Campus.”

He has carried out research and written extensively on higher education, particularly on student success and the impact of learning communities on student growth and attainment. Tinto’s current research focuses on the impact of learning communities on the academic achievements of under-prepared college students in urban two- and four-year colleges.

“Dr. Tinto’s selection as this year’s speaker is especially exciting given his emphasis on translating academic research into practical steps that administrators, faculty and staff can take to enhance student success,” Ruelas-Bischoff said.

Please RSVP for the campus-wide session as soon as possible, space is limited, by visiting the Division of Student Affairs website.