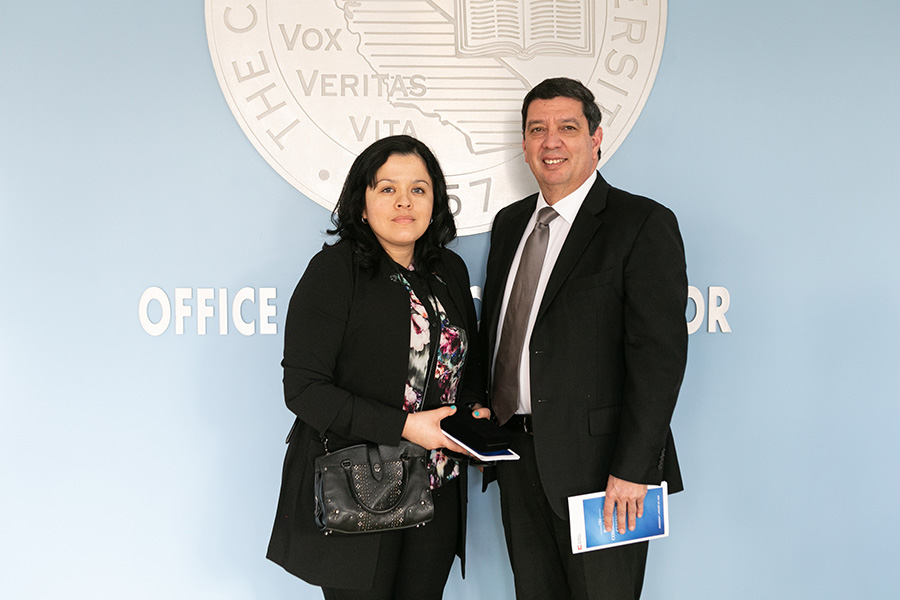 Awards are generally reserved for those who stand out among their peers. Mary Dardon, a dispatcher for the CSUN Department of Police Services (DPS), did exactly that, and then some.

The CSU Police Commendations Award Ceremony highlights the contributions of the men and women who help keep California State University campuses safe, and whose outstanding actions go above and beyond the call of duty.

On Nov. 24, 2018, dispatcher Dardon took the initiative to personally conduct a check of the more than 350 cameras covering the campus. Upon viewing the footage, she noticed a student in the process of a suicide attempt. Dardon immediately sprang into action, quickly and efficiently dispatching and coordinating officers to the student’s location. As a result of her swift decision-making, officers reached the student in time to prevent a tragedy.

The award ceremony took place at the CSU Office of the Chancellor in Long Beach on Jan. 29. The annual ceremony honored officers and CSU police employees with two separate awards — The Lifesaving Award and Unit Meritorious Award. Dardon was one of 18 CSU Police honorees who received the Lifesaving Award.