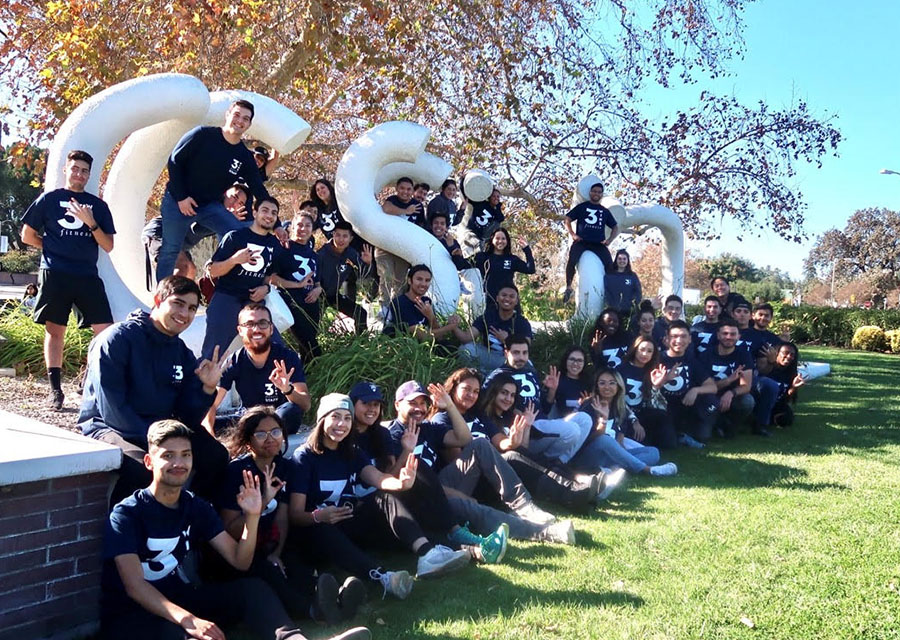 Trainers from 3WINS Fitness. Photo, taken prior to the COVID-19 pandemic, courtesy of Steven Loy.

The COVID-19 pandemic has forced many people to work from home and made gyms and other workout facilities off limits, which means most adults are exercising from home, and often without traditional exercise equipment.

Loy said most Americans can get the minimum amount of exercise they need, depending on their individual abilities, without any of the expensive exercise equipment usually found in gyms.

“Now is the time to improve your health,” Loy Said. “The minimum that they should be working toward is 30 minutes of moderate intensity activity,” he said. “That could be walking, that could be gardening, that could be vacuuming and having the cleanest house. 30 minutes… at least five days a week.”

Loy also recommended engaging in some kind of strength-building exercise twice a week, which can include anything from weight lifting and cycling to stair climbing.

Doing both the aerobic and strength activity can lower mortality rate by 33%, according to the ​Centers for Disease Control and Prevention, Loy said.

Suggestions about how to workout without all the fancy fitness center accoutrements can be can be found on 3WINS Fitness, an online exercise program open to the public that Loy and his CSUN students developed to bring health training and nutrition education to the community for free. 3WINS Fitness has created a CSUN partnership with Rand Corp, LA County Public Health and has even expanded to universities like George Washington University on the east coast and several other Cal State Universities.

Loy recommended that those interested in fitness and the program, but aren’t sure of their own physical ability, start with the site’s Back To Basics foundational program, specifically with their Workout A video on the importance of being able to get down and up from the floor. Those interested can also receive support and tips by joining 3WINS Fitness’ 365 Journey To Health community.

“The challenge is oftentimes you don’t know exactly where you are and where you should start,” Loy said. “So, this Back to Basics program that we have is intended to give you the opportunity to say ‘okay where am I?'”

3WINS Fitness, Department of Kinesiology, Exercise, Working Out From Home