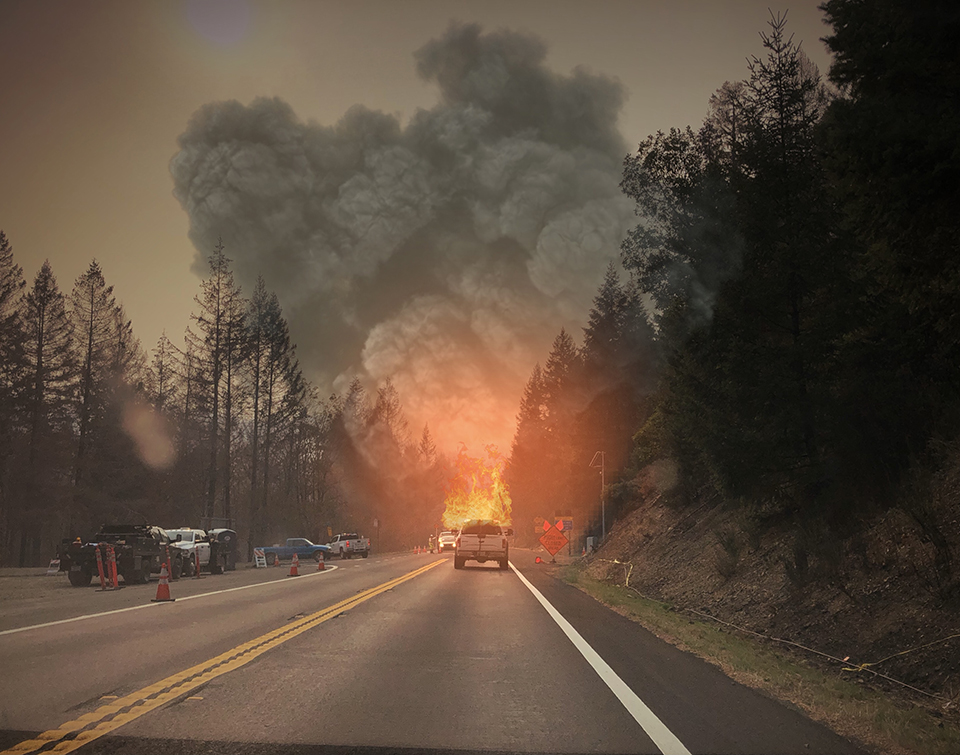 Dozens of large wildfires are raging across the United States, mostly in the West, burning more than 2 million acres and sending plumes of smoke and ash as far east as New York City. Entire towns have been devastated or destroyed after catastrophic flooding hit large swaths of Western Europe and China, leaving tens of thousands homeless and dozens dead or missing.

These disasters, combined with rising sea levels threatening coastal communities around the world, a record-breaking cold snap in Texas and a record-setting heat wave in the Pacific Northwest are all evidence that climate change is here, said California State University, Northridge Chicana/o studies professor Stevie Ruiz. 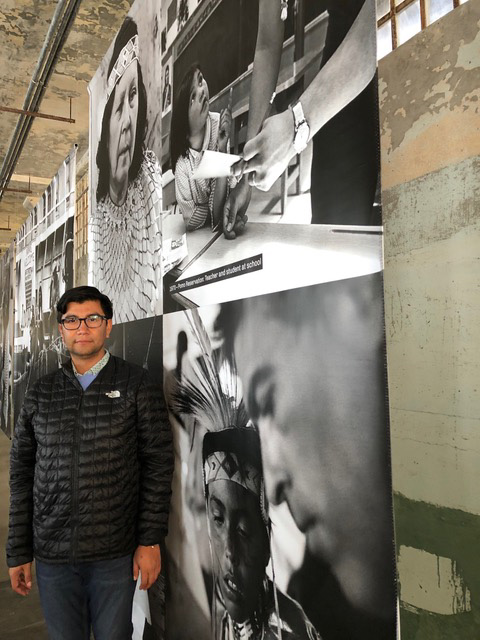 Stevie Ruiz at the 50th Anniversary commemoration of the Indians of All Tribes Takeover of Alcatraz Island, sponsored by the National Park Service

“If the pandemic has taught us anything,” he continued, “it’s that the most vulnerable among us — those with low incomes, immigrant families, native communities, communities of color and the incarcerated — are going to be the ones on the front lines, fighting the battles, and they will have no choice but to deal with the fallout of climate change.”

Ruiz noted extreme weather patterns are becoming a regular occurrence, and people with fixed or low incomes have the fewest resources to deal with the results.

“And many people seem indifferent to their plight,” he said, pointing, as an example, to the decision by many growers in the Pacific Northwest to keep their farm workers in the fields, even as temperatures climbed well past 100 degrees for several days.

“We classify people as essential, yet we don’t treat them that way,” Ruiz said.

In the meantime, he said, little is being done to prepare for the catastrophes and resulting devastation brought on by a changing climate.

“Are we truly prepared for a massive crisis caused by something like wildfires?” Ruiz asked. “It’s one thing when they are burning in relatively lightly populated areas. But what happens when they start to threaten densely populated urban areas? Have we thought through evacuation plans? Have we run drills to ensure that all people can get to safety? What about those who rely on public transportation? What happens to them? Do we have the basic necessities — food, water and shelter — ready for hundreds, maybe thousands, of people if we have such an emergency?

“These are things we have to wrap our heads around now,” he said. “We used to think we really didn’t need to worry about these things until ‘sometime in the future.’ Well, there’s no ‘future’ anymore. These are issues we have to deal with now.”

In the midst of all this, Ruiz said those charged with preparing for such disasters often ignore a valuable resource — some of the very people they are charged with helping.

“Indigenous communities, immigrants and even those who are incarcerated and are battling wildfires on the frontlines have a wealth of knowledge and experience that can help all of us survive climate change,” he said. “We just need to reach out and listen to what they have to say, whether about the needs in their community, their experiences in their home countries or traditions that helped their ancestors survive during hard times.

“There is a wealth of knowledge out there in communities that are often overlooked or dismissed,” Ruiz said. “If we are going to survive what’s coming, we need to start listening and learning.”