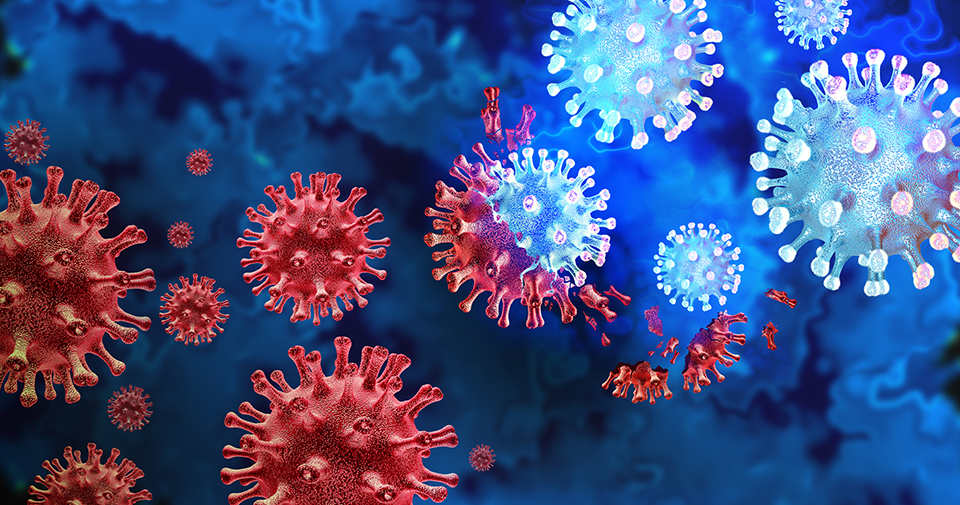 Using Los Angeles County as their subject, CSUN geography professor Steven Graves and geography graduate student Petra Nichols constructed a series of statistical models that demonstrate that certain neighborhood housing characteristics — including income and ethnicity — made some communities more vulnerable to the virus than others. Image credit, wildpixel, iStock.

Even as the World Health Organization was declaring COVID-19 a pandemic, California State University, Northridge geography professor Steven Graves said the virus’s spread in Los Angeles County was already leaving clues for understanding how such diseases might travel from neighborhood to neighborhood in the future.

Using Los Angeles County as their subject, Graves and CSUN geography graduate student Petra Nichols constructed a series of statistical models that demonstrate that certain neighborhood housing characteristics — including income and ethnicity — made some communities more vulnerable to the virus than others. The information, Graves said, could provide policymakers and public health professionals with vital insight into managing future pandemics.

“We found that wealthier Los Angelenos were exposed earlier to the virus through international travel and visits to ski resorts in the early months of 2020, when the pandemic was in its early stages,” Graves said. “As 2020 wore on, Los Angelenos living in high-income neighborhoods were, by virtue of their occupation or reserved wealth, apparently able to shelter at home away from others — allowing infection rates to plunge in wealthier neighborhoods — while rates soared in poorer parts of Los Angeles.

“There is very strong evidence that family size and housing characteristics had very robust associations with infection rates, while income and ethnic characteristics also have statistically significant associations with infection rates,” he said. “The public policy implications are multiple but challenging. As we demonstrated, geography is going to be a key part in understanding how to battle COVID-19, and other pandemics in the future.”

The study, “COVID-19 in Los Angeles: A Multivariate Analysis of Disease Infection Rates,” was published last month in the journal Yearbook of the Association of Pacific Coast Geographers.

Graves and Nichols chose to focus their study on Los Angeles County because, in many ways, the region is a geographic microcosm of the United States.

“When we first started hearing about COVID-19 as a pandemic, it was clear that cities with international airports, significant tourist economies and ample jet-setting populations were among the first to ascend to the top of case and morbidity counts,” Graves said. “Los Angeles County, with its exposure to international tourism and massive population, easily outpaced most of its counterparts in the United States for both cases and deaths. Los Angeles County’s vast spatial extent, enormous population, complex ethnic diversity and deep economic disparities make it an ideal laboratory for the study of human behaviors.”

Particularly important, Graves said, was that the county’s Department of Public Health provided ample and trustworthy COVID-19 data, making the area “an excellent location to do statistical modeling of infection rates.”

Using data from the Los Angeles County Department of Public Health and 2018 Census block group data, the researchers were able to construct a series of statistical models measuring the association between COVID-19 infection rates, ethnicity, income, housing, household density and a number of other socioeconomic variables.

“Our neighborhood-level analysis offers a powerful perspective into the causal associations that county- or state-level analyses cannot,” Graves said. “Our model demonstrates that neighborhood housing characteristics were the most statistically significant factor associated with elevated neighborhood case rates, followed by income and ethnicity characteristics, particularly in Latinx and Asian neighborhoods.”

“Asian households were inversely associated with COVID-19 infection rates, with fewer cases than expected,” Graves said. “We suspect the inverse relationship may be a byproduct of the rapid adoption of hygiene protocols, especially mask wearing by a large portion of the Asian community. Even before the pandemic, it was not uncommon to see Los Angelenos of Chinese, Korean and Japanese descent wearing masks during flu season as a precaution and out of respect for others in the community.

“The Latino community had a significant, positive association with COVID-19 infection rates, even after controlling for income and housing characteristics,” he continued. “We’re not sure why this was, but Los Angeles Times columnist Gustavo Arellano may have provided us with a significant anecdotal reason when he wrote about the reluctance among Latinos to forgo important communal gatherings and family celebrations, practices which put the Latinx community at risk during the pandemic. And let’s not forget that so much of Los Angeles’ essential workforce is comprised of Latinos, who worked, often without interruption, during the worst of the lockdown period.”

Graves said the implications for the study “are numerous and serious.”

People would be naïve, he said, to think that it will be another century before another global pandemic hits.

“The infiltration of wilderness regions that were formerly remote and increased international travel will increase the likelihood for novel viruses to infect humans and spread rapidly around the world,” Graves said. “Clearly, public health officials should be preparing for the next pandemic now, as the lessons of the continuing COVID-19 crisis are manifesting themselves in the consciousness of political leaders and policy makers, both inside and outside government. Knowing where future diseases are likely to be most severe and having proactive plans in place to help the most vulnerable will be key to preventing widespread illness and death from occurring again.”