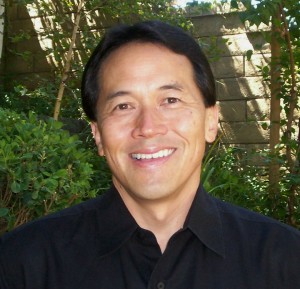 He will be joined by Ismael Aguila, operations manager for the city of San Fernando’s Recreation and Community Services Department and an alumnus of the university’s Department of Kinesiology. They will be attending a national convening on March 6 of faith-based and community leaders who have designed innovative programs that offer opportunities for communities to make healthier choices, provide access to healthy affordable food and encourage increased physical activity.

The pair earned the invitation to the White House, and a chance to meet First Lady Michelle Obama, when a video highlighting a wellness program they launched in San Fernando, “100 Citizens,” garnered the most online votes from the public in a national competition highlighting programs focused on ways to help tackle childhood obesity. Their video was entitled “100 Citizens: Role Models for the Future.”

“This feels good,” said Loy. “Our students are getting recognition for a program they have delivered to the community, and it’s an opportunity to share a program that can be easily replicated across the country.”

Aguila has said in the past that “the partnership with Cal State Northridge has been instrumental in helping address adult and childhood obesity in the city… The 100 Citizens program has revitalized an underutilized park with an unsafe reputation to what the community refers to now as ‘Fitness Park.’”

Loy and his kinesiology students spent more than a year working with Aguila and his staff to design a free fitness program at the city’s Recreation Park that would dispel the misconception that one needed to join a fitness center or be a serious athlete to stay healthy.

The San Fernando program, “100 Citizens,” which began in 2011, was such a success that Loy was soon asked by Los Angeles County park officials and officials with the city of Pasadena to replicate it at four other parks.

The video of the “100 Citizens” collaborative project was submitted to Let’s Move! Communities on the Move, a challenge launched by First Lady Michelle Obama that invited faith-based and community organizations to share their stories about their efforts to promote wellness and solve the problem of childhood obesity in their communities. More than 61 videos from 21 states were submitted.

Loy said he is hoping that the national attention will encourage educators at other universities across the county to recognize that they have tremendous resources on their campuses in their kinesiology students, who can make a difference in the health of the residents of their community. The kinesiology students can share what they have learned in the classroom about health and wellness, and design fitness programs that meet the needs of the residents in their areas.

“This is not insurmountable,” said Loy, who is currently looking for a sponsor to help expand Northridge’s program across the CSU system. “Our program can be replicated and sustained from other universities in the community’s public parks. You don’t need to be a special institution or a special city. What you do need is to put in some time and effort, meet with the community and listen to what they feel they need, and then work with community leaders to design a program that fits those needs. It can be done. We did it, and we can help others do it too!”