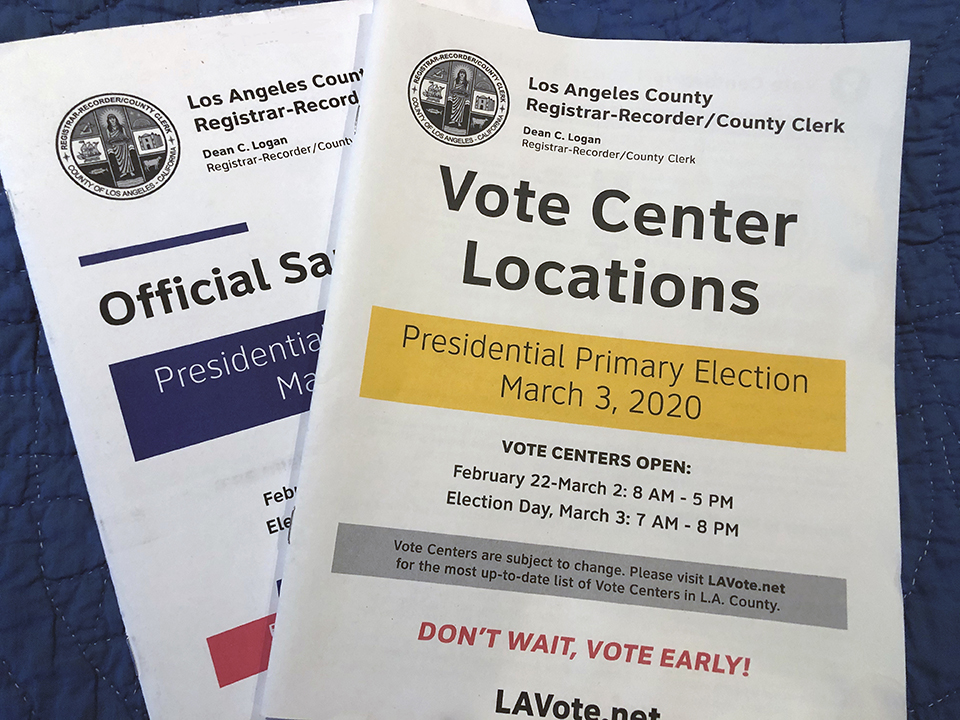 CSUN is hosting one of L.A. County’s vote centers. The CSUN site will be open for four days before the election — from Saturday, Feb. 29, to Tuesday, March 3. Photo by Carmen Ramos Chandler

California State University, Northridge will be home to one of the 1,000 new vote centers across Los Angeles County that are open to the county’s voters in the days before the March 3 primary election.

The CSUN site will be open for four days before the election — from Saturday, Feb. 29, to Tuesday, March 3. The CSUN vote center will be located in Redwood Hall, home to CSUN’s Matadome, on the east side of the campus near Zelzah Avenue and Plummer Street, with parking available in lot F5 directly east of the building.

“Located in the heart of the San Fernando Valley and deeply connected to the communities we serve, CSUN is excited to open our doors to voters and participate in this new effort to increase voter accessibility and participation,” said CSUN President Dianne F. Harrison. “This is just one of numerous efforts to civically engage our students and the community. Having the opportunity to vote is a right. Exercising that right can be transformative.”

“We understand how difficult and crucial these times are, and how important it is for students to be informed, take a stance and vote!” Vicente said. “In order to aid in this, we were the first entity on campus to bring up the idea of CSUN becoming a vote center. We had the support of our university administration. The effort became a fun, collaborative project that will give back to our campus and the community.”

The CSUN vote center in Redwood Hall Room 180 will be open from 8 a.m. to 5 p.m. from Saturday, Feb. 29, through Monday, March 2, and from 7 a.m. to 8 p.m. on Tuesday, March 3, the date of the primary election. Free voter parking is available in lot F5, directly west of Redwood Hall and accessible via Zelzah Avenue.

The new system includes the use of technology to make the act of voting easier. An electronic pollbook, or ePollbook, will replace the printed list of voters and will be used by vote center staff to verify the registration eligibility of a voter in real time. The ePollbook can indicate if a voter has already cast their ballot anywhere else in the county and will not allow voting at multiple locations.

Vote centers, including the one at CSUN, will be equipped with ballot marking devices, which are replacing the “ink-a-vote” marking pens and feature a touchscreen. The ballot marking device makes it easy for voters to customize the voting experience to fit their needs. Voters can access 13 languages, adjust the touch screen to a comfortable angle, change display settings such as text size and contrast, or go through the ballot using an audio set and control pad. The device is accessible to voters with mobility or visual challenges. For security purposes, the ballot marking devices are not connected to a network or the internet.