Henry De Sio, Jr., former deputy assistant to President Barack Obama, will talk about leadership, organization and the power of words during a speech at California State University, Northridge later this month. 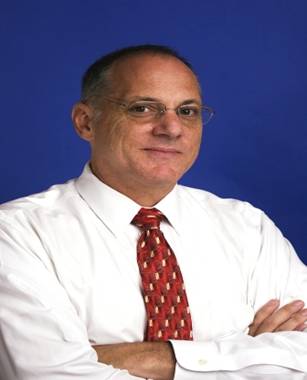 De Sio, who was chief operating officer of Obama for America in 2008, will talk about the lessons he learned during the campaign and how they can be applied to the 2012 campaign, and leadership and communications in general. His speech is scheduled to take place at 7 p.m. on Thursday, Sept. 27, in the Grand Salon of the University Student Union on the east side of the campus at 18111 Nordhoff St. in Northridge.

“His unique insights into the inner-workings of the historical 2008 Obama campaign can serve as a powerful pedagogical device in illustrating how people-power can work at the highest level of government,” said English professor Joseph Galasso “Mr. De Sio’s CSUN talk is designed to cover the many different aspects of what it takes to bring people together. What better venue than a university to bring such concepts to the fore.”

De Sio said everything he learned about leadership, winning and success, he learned on the campaign trail.

“Having to go to work knowing that you are under constant watch of the media–that everything you do is under scrutiny–really increases the pressure on one’s leadership,” he said.

Prior to managing the Obama operation, De Sio was the founder and president of Way Forward Strategies, a firm that promotes leadership excellence, impact communications and high-performance organization.

“I wanted everyday people–nurses, teachers, small business owners and the like–to get into politics,” he said. “I wanted them to be able to run their own campaign and not have to rely solely on professionals they couldn’t afford.”

De Sio said he was looking forward to his lecture at CSUN.

“I really love and appreciate the chance to talk to young people. I feel that I have a very personal and compelling story to share,” said De Sio. “Back when I was studying political science, I’m not sure I ever imagined working in national politics. When I got the call to work for Senator Obama’s presidential campaign it was like something out of the ‘West Wing’ TV show–it was a life changer.

“It’s a fun story to tell because there is so much unknown to casual observers behind the campaign speeches, and TV commercials and phone calls. My talk is like walking into a locker room during half time. It gives you a completely different view of what’s happening on the political playing field.”

De Sio has spent much of the last decade teaching, writing and speaking on the principles that drive individual and organizational achievement. His work has been the subject of interviews with Radio BBC, National Public Radio, the Financial Times and numerous other

international publications. He has been a television political analyst and sought-after public speaker.

De Sio earned his bachelor’s in political science from U.C. Santa Barbara and a master’s degree in public administration from Harvard’s Kennedy School, where he worked from 2001 to 2004.

The lecture is free and open to the public. For more information about the event please contact the Linguistics Program at (818) 677-5019

The lecture is being sponsored by Cal State Northridge’s Linguistics Program in the College of Humanities and the Department of Political Science.