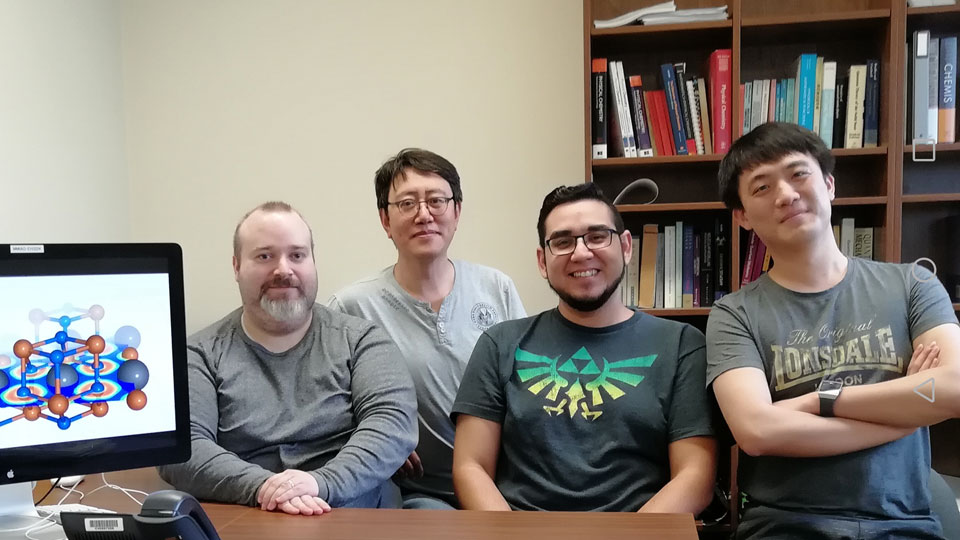 Helium has long confounded scientists regarding what role it plays in the formation of stable, solid compounds – the myriad combinations of chemical elements that create all kinds of materials.

As a noble gas — so labeled because helium was believed “too aloof” to react with the other elements on what is commonly known as the periodic table — helium is the second lightest and second most abundant element in the observable universe. It has a variety of uses, from keeping balloons afloat to cooling superconducting magnets. But its lightness and extensive use mean the Earth’s supply of helium is slowly depleting.

California State University, Northridge chemistry professor Maosheng Miao and a team of scientists from across the world may have found helium capable of forming stable solid compounds, and their work suggests the noble gas may be found in the Earth’s mantle, a place once considered unlikely since there was no chemistry to keep helium there.

“We propose that there is a general driving force for helium to react with ionic compounds as soon as these compounds have unequal numbers of negatively charged and positively charged ions,” Miao said. “As a result, it stabilizes what would normally be an unstable situation, sort of the way a nanny mediates when your kids don’t get along.

“Our work reveals that helium has the propensity to react with a broad range of ionic compounds at even low pressures, which implies that there might be much more of it in the Earth than we realize,” he continued. “Since most of the Earth’s minerals contain unequal numbers of positively and negatively charged ions, our work suggests that large quantities of helium might be stored in the Earth’s 2mantle.”

Their research, “He-inserted ionic compounds under high pressure,” can be found in the online scientific journal Nature Communications. The work was inspired by an earlier study that shows helium can form stable compounds with sodium, an element in table salt, under higher pressure.

Though that reaction was proven by experiments, Miao said, “we did not understand why it could happen. Now we do. Helium is a good ‘nanny.’”

That’s where helium comes in. “It’s sort of like the nanny,” Miao said.

“The chemical elements join together to form a compound, sort of like a family,” he explained. “But, like in any family, not everyone gets along — in this case because you either have too many negative or positive ions.

“Now, we’re going to apply pressure to make this compound work, which is like putting this family, this compound, into a very small car,” Miao continued.  “You know what happens when you force your kids to sit together in the back seat of a small car, sometimes they don’t get along — there’s bickering and pushing. Well, helium is the nanny in this chemical compound’s car. It sits between the kids to help them get along, but it really isn’t part of the family.”

In the case of chemical compounds, Miao explained, helium doesn’t form any kind of chemical bond with its neighboring atoms. Instead, it inserts itself between the compound’s elements to keep them stable.

Miao said scientists have been pondering helium’s role beyond being a noble gas for years.

“We demonstrate that it does have a role in chemistry, but not creating chemical bonds,” he said. “Instead, its role is to stabilize those bonds.”

Miao said if the theory proves true — “I believe it will, and it has been partially proven” — it will provide new insights into the role helium plays in chemical compounds, and clues to where more of it can be found.