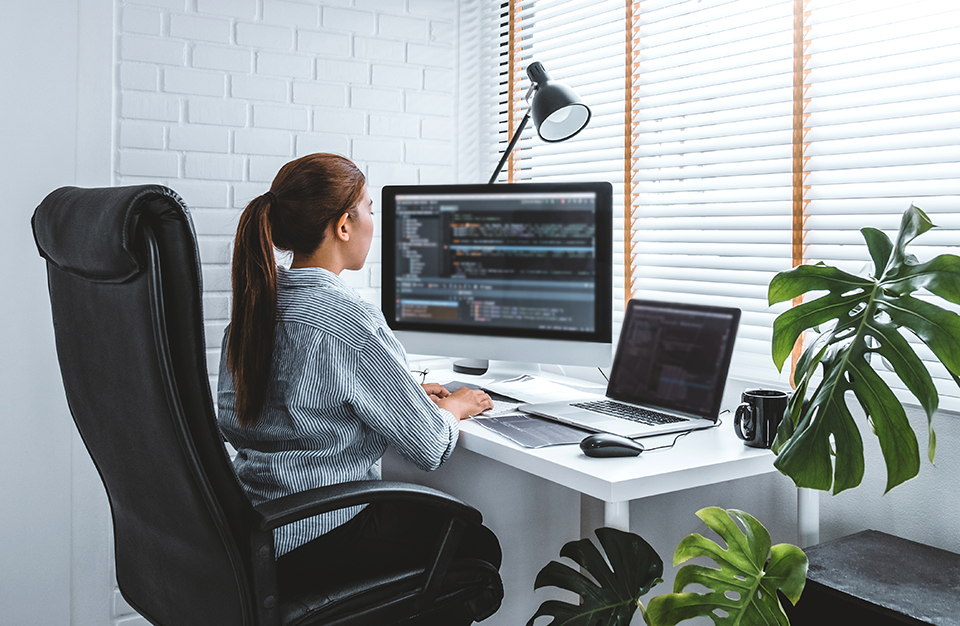 Being forced to work and attend school in a virtual environment has “opened a Pandora’s Box” that will change our approach to the use of technology and raises concerns about data privacy and information sharing, according to CSUN marketing professor Kristen Walker. Photo credit SARINYAPINNGAM, iStock.

As life returns to normal in the next year or so as the pandemic’s threat begins to ease, some things will never be the same, according to California State University, Northridge marketing professor Kristen Walker.

Walker, an expert on technology and data privacy who teaches in CSUN’s David Nazarian College of Business and Economics, said being forced to work and attend school in a virtual environment has “opened a Pandora’s Box” that will change our approach to the use of technology and raises concerns about data privacy and information sharing. Having coedited a recent special issue in the Journal of Public Policy & Marketing on the challenges in a technology-integrated society, she noted the increasing reliance on apps and platforms in 2020. 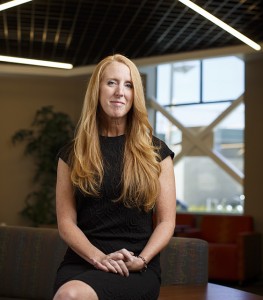 “The pandemic didn’t create our dependence on technology, but it did exacerbate it,” Walker said. “Technology was a godsend for so many people, businesses and schools when the pandemic hit, allowing us to continue to work in a virtual environment while minimizing our risk of exposure to the virus.

“But we were forced to move so quickly that no one had time to think about the issues of data privacy — both personal and professional — the risks of information sharing or the lasting impact on our professional relationships,” she said. “The genie is out of the bottle now, and we are going to have to deal with the consequences, both good and bad.”

Walker said many of the aps and software that businesses and educators relied on as they moved into a virtual environment were not prepared for, or had not been given much thought to, securing users’ data and personal information. As an example, she pointed to the meeting app Zoom, which quickly became the top choice for millions of people working and studying at home.

“Zoom’s CEO admitted they hadn’t even thought about privacy issues until they became a problem during the early days of the pandemic, when people started working from home,” Walker said. “The train was moving faster than regulations and policies could keep up with. It made the public more aware of the issues, but awareness doesn’t matter if we had no choice when it comes to using the technology. During the early days of the pandemic, privacy, and even security, became secondary as we searched for ways to continue to work. Now, we’re playing catch-up, and that data and information are already out there.”

Another problem, she said, lies in the convenience of doing one’s job virtually. Many businesses are questioning the amount of office space they need as they find that productivity remained the same even while employees worked from home. And some employees are asking if they can continue to work virtually once the pandemic is over.

“While working from home can be convenient — you can sleep later, you don’t have to deal with traffic, and getting dressed for work is a lot easier — it changes the nature of relationships,” Walker said. “Convenience goods do not necessarily equate to quality. For some businesses, personal relationships, particularly with customers, are an important part of the business. Working virtually, for some employees, may not make much of a difference, particularly if they have developed interpersonal relationships with their office colleagues before the pandemic. But how does a new employee, hired during the pandemic and working virtually, develop those same relationships when the only opportunity they have to interact with their colleagues is over Zoom during a meeting?”

She noted that some of the best business ideas and relationships start at the water cooler.

“In a virtual environment, there is no water cooler to gather around, there’s no hallway to hang out in and have casual conversations,” Walker said. “Working virtually makes it harder to develop those personal relationships that build a sense of community, that sense of family that engenders loyalty and creativity at the workplace.”

Walker said the move to a virtual environment underscored the technological divide between communities, as well as the vulnerability of some communities — in particular children, the elderly and people with disabilities — when it comes to protecting their private information from outsiders, whether it’s from companies who hope to make money from selling their data or opportunists trying to take advantage of the security holes in software or devices or their technological inexperience.

“Trust is such an important issue if we are going to rely on technology to make our lives easier,” Walker said. “If you can’t trust that the devices or apps you are using will protect you, then all of us are vulnerable.”

Walker noted that, in the rush to respond to stay-at-home orders, many businesses and academic institutions relied on convenience and expedience in setting up their virtual environments.

“But at what price?” she asked. “Just how secure was the technology they used not just in protecting proprietary company information, but also the personal information of their employees? We have those very same questions for academic institutions, including K-12 schools, that went virtual, even for a short time. We may not know the answers for months to years after things return to normal.

“The pandemic is providing the perfect opportunity for industry and policymakers to explore these issues and look into setting consistent rules and boundaries,” Walker continued. “If they pass the buck, if they pass the cost on to the individual, that’s not solving the problem. The food industry, when it comes to their ingredients, has certain rules that it needs to follow to keep us all safe. Maybe we need something like that with the technology industry right now.”