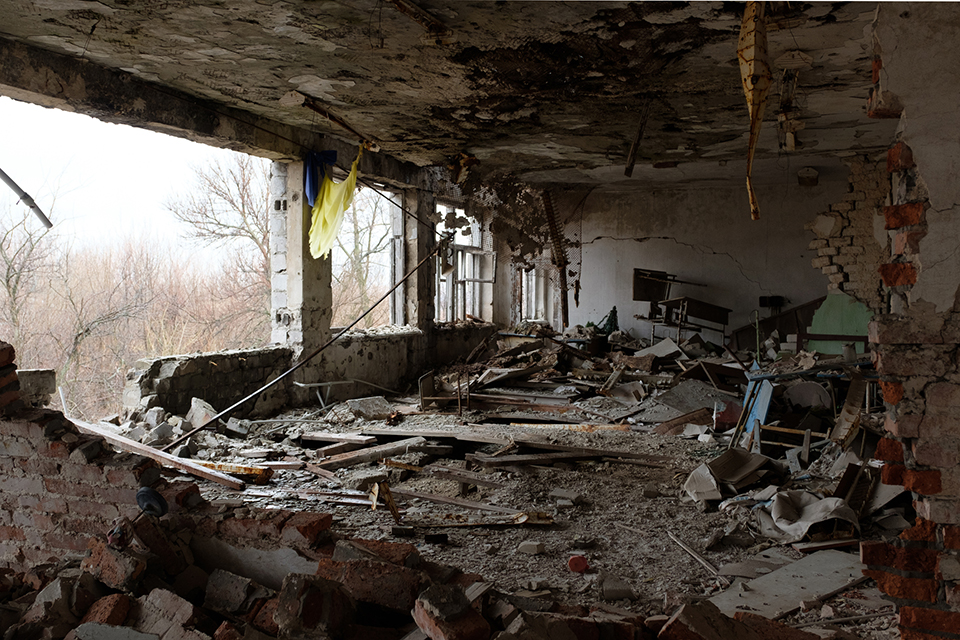 A bombed out school near Donbas, Ukraine. War can shift one’s moral compass and make committing violence against another person more acceptable, according to CSUN professor Anastasiia Timmer. Photo by Jakub Laichter, iStock

We all like to think of ourselves as good people. But trauma, brought on by just witnessing conflict and war, can shift the line between what we think is right and wrong, and make committing violence against another person more acceptable, according to California State University, Northridge criminology and justice studies assistant professor Anastasiia Timmer.

Timmer’s research focuses on the causes of violence and crime cross-nationally, and the role of mental health and trauma in crime and criminal justice outcomes. In two new studies, she illustrates how exposure to war can increase interpersonal violence among the war-weary, and, when combined with depression and stress, can shift one’s moral beliefs into more readily accepting of violence as a solution to problems. 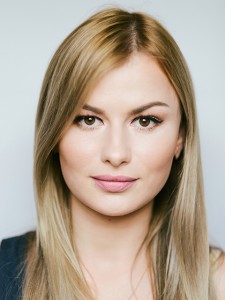 “Given what is happening in my home country of Ukraine right now and similar incidents that have happened and are happening to people around the world — all of us, especially those in power, need to understand that the trauma that comes with war isn’t just the PTSD (post-traumatic stress disorder) experienced by soldiers,” Timmer said. “Everyone exposed to war is traumatized. As the research shows, it can easily change how everyday people view violence. It’s easier to see violence as a response to a situation when it seems like violence is taking place all around you.”

Timmer said her findings are particularly relevant in light of Russia’s invasion of her native Ukraine, which is being played out, often in real time, on social media around the world. The war comes on the heels of the global COVID-19 pandemic and the often-violent reactions to mask and vaccine mandates; the murder of George Floyd and the Black Lives Matter protests.

“With social media, war is no longer a couple minutes on the news and then you turn back to your day,” she said. “You can click on an app like TikTok on your smartphone and see gruesome images of the war in Ukraine. As a result, the war becomes much more personal, and so many more of us, not just those of us with family and loved ones in Ukraine, are being exposed to the true violence of war. Add onto that the trauma we all are experiencing from the pandemic, the murder of George Floyd and everything else, and the way we see violence — when dealing with interpersonal experiences, or as a viable solution to certain problems — could change. And that is something we all need to be aware of.”

Her paper, “Violent Conflict in Contemporary Europe: Specifying the Relationship Between War Exposure and Interpersonal Violence in a War-Weary Country,” was published last week in the British Journal of Criminology and is one of the first quantitative studies to examine the pathways between war exposure and violent behavior in civilian populations. Her co-authors were Olena Antonaccio and Robert J. Johnson, professors of sociology and criminology at the University of Miami; Ekaterina V. Botchkovar, professor of criminology and criminal justice at Northeastern University; and Lorine A. Hughes, professor of public affairs at the University of Colorado, Denver.

Antonaccio, Johnson and Botchkovar are also co-authors on Timmer’s second paper, “Stress and Depression as Pathways between Violent Conflict Exposure and Moral Beliefs: Why People Sometimes Condone ‘Bad’ Things.” That paper is expected to be published soon in Peace and Conflict: Journal of Peace Psychology. It is among the first of such research projects to examine the relationship between vicarious war exposure and moral beliefs in Ukraine, particularly when factoring in daily stressors and depression.

For both studies, the researchers surveyed adult residents of two Ukrainian cities, Lviv and Kharkiv, to understand the impact war exposure — direct and vicarious — had on their interpersonal relationships, and the likelihood of committing a violent act against another person. The researchers also gathered data on how exposure to war impacted the residents’ moral beliefs about when violence is an appropriate solution.

Timmer and her colleagues hoped their research would provide insight for developing better policies and peace-making strategies in war and post-war contexts.

Now, Timmer said, she is worried that Russia’s decision earlier this month to escalate the attacks into a full-scale war on Ukraine will have global implications, not just for governments, but for ordinary citizens.

“None of us know how this is going to end. None of us know what (Russian President Vladimir) Putin really wants,” said Timmer, who is part of an effort to help Ukrainians escape the violence in their country. “We all need to be aware of what his actions mean for all of us. The war is in Ukraine, but, because of social media, we are all exposed to its violence. That could impact how we view the use of violence, among our friends and family or as a solution to a problem.”