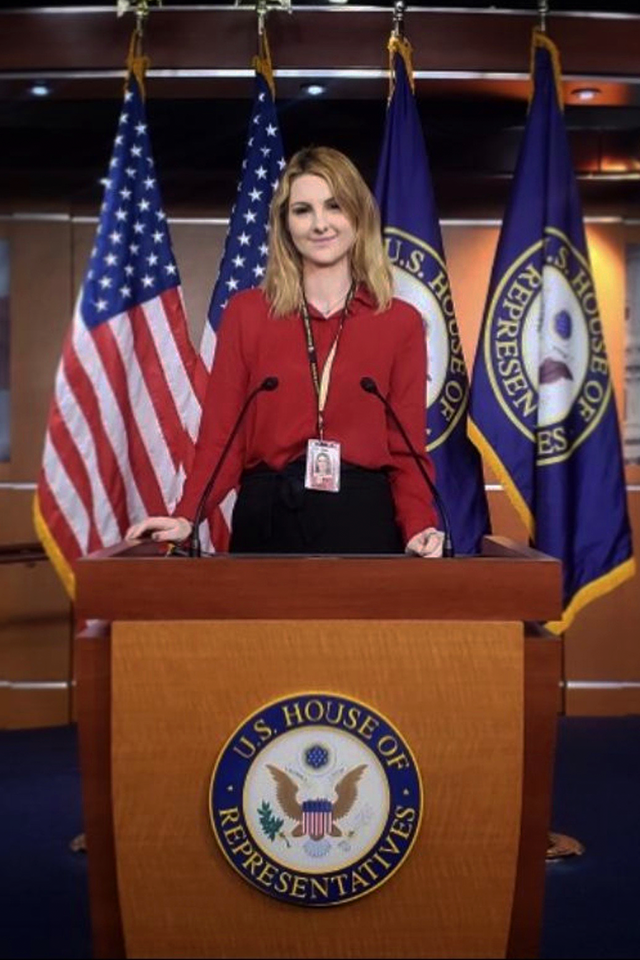 Over the past four months, recent CSUN graduate Makenna Sievertson has had a front-row view of some of the biggest stories developing on Capitol Hill: impeachment hearings of President Donald Trump, the President’s State of the Union Address and now, the House of Representatives’ response to COVID-19.

Even more momentous than her front-row view, Sievertson ’18 (Journalism) is playing a role in ensuring that journalists have sufficient access to vital details, in order to accurately share information with the world.

Sievertson, 23, an aspiring journalist and product of the CSUN in D.C. Internship Program, is the media logistics coordinator for the U.S. House of Representatives Radio-TV Correspondents’ Gallery, a space in the Capitol Building for radio and TV reporters to cover various House events. These events include press conferences, hearings, ceremonies and more. Sievertson’s role, serving as one of the intermediaries between Congress and media and managing the logistics of media coverage for high-profile government events, links her passion for politics and journalism. In just over a year on the job, she’s already gained exceptional experience in both.

“Makenna is a rising star,” said CSUN political science professor Lawrence Becker, coordinator for the CSUN in D.C. Internship Program, “not so much because CSUN made her one, but because CSUN gave her the opportunity to maximize her potential.”

Sievertson first set foot on Capitol Hill during her junior year at CSUN. In 2016, she added a minor in political science and participated in the CSUN in D.C. Internship Program, through which she worked as a communications intern for the nonprofit Scenic America. CSUN in D.C. gives Matadors of any major an opportunity to intern with political offices, nonprofits and advocacy groups in the nation’s capital.

A native of Los Angeles, Sievertson said living in Washington, D.C., was life-changing, and she was surprised by the opportunities available on the East Coast. Determined to return to D.C. after graduation, Sievertson worked three jobs while completing her senior year at CSUN. She interned at LA Parent Magazine, worked a retail job to pay the bills and served as a Northridge-based program assistant for CSUN in D.C. 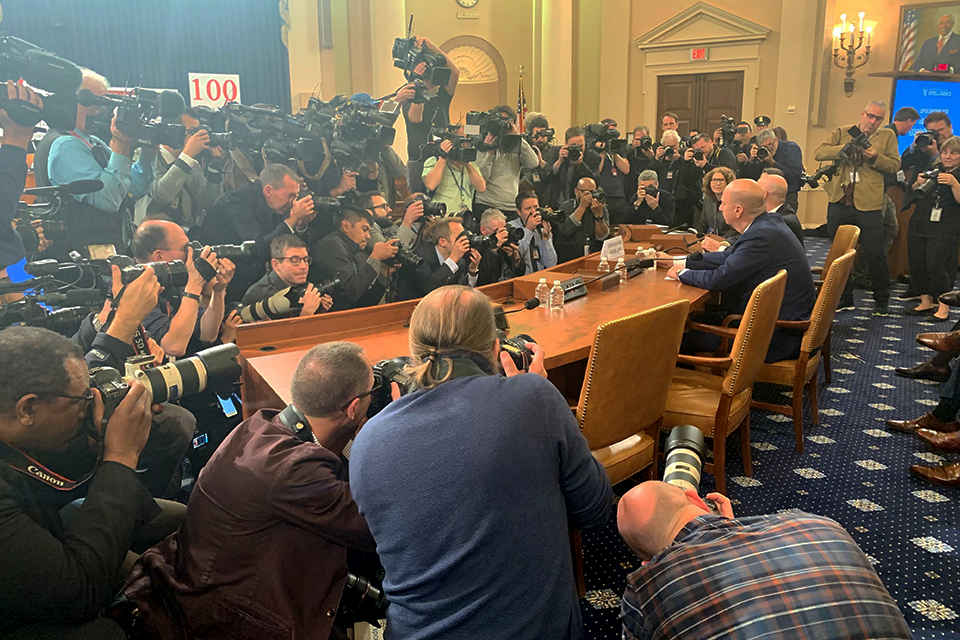 The Gallery during the impeachment trials. Photo taken by Makenna Sievertson.

She graduated in December 2018, and quickly got back to D.C. There, she interned for Congresswoman Doris Matsui [D-Sacramento] and started working as the Radio-TV Correspondents’ Gallery media logistics assistant, before getting promoted to coordinator in late 2019.

Sievertson’s superiors already thought she would make a good fit for the coordinator job, based on her solid work thus far, she said. But, since she was just nine months into the entry-level job, they wanted to see if she had what it took before handing her the role, she added.

“Impeachment day was kind of my day to prove myself and see what I could do,” Sievertson said, referring to Dec. 17, 2019, when the House voted to impeach President Trump. “I woke up early, and I was there and I made myself available. I had my first experience where I had to tell someone, ‘Hey, you can’t be doing this.'”

Sievertson encountered a media crew that had attempted to cover the event by claiming an off-limits spot in Statuary Hall, found on the second floor of the House side of the Capitol Building. Despite what she said was an uncomfortable situation, she confidently enforced the rules of the Gallery, stood her ground and convinced the crew to leave without another word.

“That’s probably been the hardest part of the job for me, because I’m not a very confrontational person,” she said. “But in this job, you have to make a lot of executive decisions. … [Impeachment day] was the first moment where I did that. It was up to me, and I did the right thing, and I felt really proud of myself.”

A week later, Sievertson got promoted. 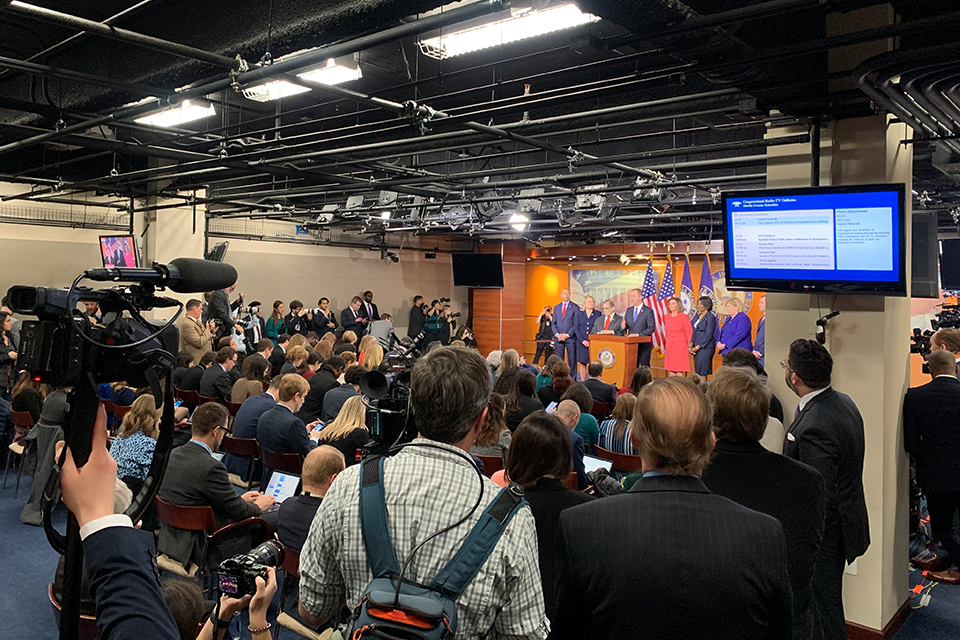 Speaker Nancy Pelosi announces the impeachment managers to represent the House in the Senate trial. Photo taken by Makenna Sievertson.

She said that in the midst of the pandemic, the media have an especially vital task “to speak the truth and report things accurately,” as readers, viewers and listeners rely on news outlets to stay informed during the worst public health crisis in a century.

“It’s important to be cautious and know what you’re saying, and how this is going to affect the people that are listening,” she said.

Sievertson is also completing a master’s degree in journalism at American University, continuing to pursue her dream of becoming a reporter.

“I love my job. I love where I’m at — it’s a great learning experience and it’s great to build upon,” Sievertson said. “But this isn’t what makes me tick. What makes me tick is being on the other side, being with people, being the one sitting with a recorder pointed [at] the members [of Congress], trying to get what they’re saying.”