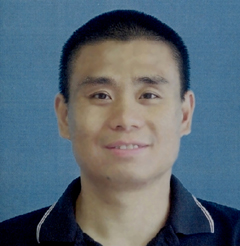 Catalysts are one of the key ingredients for kicking off a chemical reaction. California State University, Northridge physics professor Gang Lu is trying to be such a catalyst. According to Lu, 90 percent of all commercially produced chemical products involve catalysis at some stage in the process of their manufacture. Finding ways to make the fundamental processes of catalysis more efficient therefore has the potential transform entire industries.

Lu is sharing a $6.25 million Multi-University Research Initiative (MURI) grant from the Army Research Office with researchers from Brown University to do just that. And while the research is funded by the military, Lu said the implications of the five-year study go beyond the defense industry.

“What we are doing could be the foundation for looking into new directions for using catalysis for energy conversion and storage,” Lu said.

CSUN’s College of Science and Mathematics is becoming an important center for nanoscientific research and development, and collaboration has been critical to its success. With his colleagues at Brown University, Lu hopes to demonstrate that macroscopic applied mechanical loading can be used to actively control and tune catalytic reactions through the use of innovative nanoscale material systems.

“What we want to do is control the catalysis by basically applying stress to materials to make reactions faster or slower,” he said.

College of Science and Mathematics, Grants