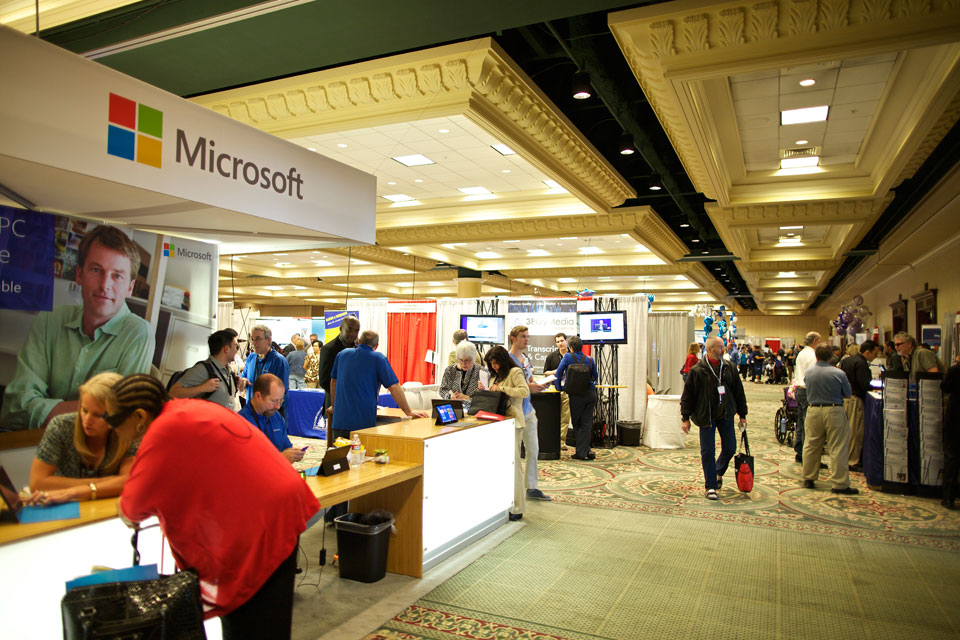 Between Feb. 25 and March 2, participants from all over the world descended onto San Diego for the 28th Annual International Technology and Persons with Disabilities Conference, also known as the CSUN Conference. More than 4,000 attendees, 125 exhibitors and 300 presenters filled the halls of the Manchester Grand Hyatt. Above, Microsoft, one of the exhibitors, shows the features available to persons with disabilities in their new Surface tablet. Photo by Krishna Narayanamurti.

On Feb. 25, the worlds of people with disabilities, public policy and technology met in San Diego, Calif., at the 28th Annual International Technology and Persons with Disabilities Conference. Also known as the CSUN Conference, its origins are rooted on the Northridge campus, being born out of the halls of the now world-famous CSUN Center on Disabilities and the mind of Harry Murphy, Ed.D., who was the director of the center in the mid-80s.

“We caught the wave,” reminisced Murphy, who is now retired but still a member of the conference’s advisory board. “We were lucky. The early ’80s were the start of the computer revolution, and everybody was getting into computers in every way — including the way people with disabilities were applying it to rehabilitation.”

That wave kept growing, and the conference eventually moved to San Diego due to its size. This year, expansion hit record levels with more than 4,000 attendees, 125 exhibitors and 300 presenters giving breakout sessions that 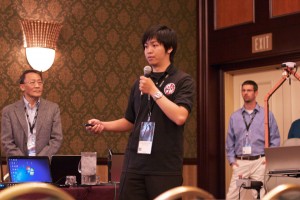 CSUN Mechanical Engineering professor C.T. Lin (left) and his team describe their mechanized wheelchair to an audience at the International Technology and Persons with Disabilities Conference. Photo by Krishna Narayanamurti.

dealt with topics like ways to use audio to present math to disabled users and modifying mobile technology for use with autistic children. It’s this kind of innovation that keeps people like presenter Klaus Miesenberger of the Johannes Kepler University in Linz, Austria, coming back.

“People sit in these rooms and hear presentations, and then they go back home and start their own initiatives,” raved Miesenberger, who attended the conference to discuss web usage of people with cognitive issues. “This is the role of the CSUN Conference—it changes the lives of people with disabilities.”

For exhibitors like Matthew Janusauskas from Humanware who develop technology, the conference offers an opportunity to meet the rising demand of what consumers with disabilities want. This year, it’s mobile technology.

“The mainstream mobile device manufacturers are stepping up to include the core accessibility that needed to be there all along,” said Janusauskas. Products like tablet software/hardware for use by children with autism and mobile devices for blind or low-vision users dominated the 34,000-square-feet of the hall’s floor space.

This is what the CSUN Conference aims to do—create an atmosphere where giant companies like Apple and Google can come in and learn to create products that don’t need additional tools to be accessible to people with disabilities. Microsoft, who touted their Navigator (audio) and Magnifier (low vision) apps on their new Surface tablet, are already exhibitors.

Murphy, who asked attendees at the start of the conference how many were first timers, was pleased with the response. “Half the room put their hand up,” he said. “That is a very good sign for this conference, because it refreshes. Attendees come to the CSUN conference and see what’s in front of them.”