Many student veterans have experienced conflicting emotions after the United States’ withdrawal from Afghanistan ​​this past summer — where a lot of them served at some point in their careers — making clear the importance of a place where veterans can feel heard and understood.

Thanks to the numerous resources tailored to its large veteran population (about 475 students) — including student veterans, reservists and members of the National Guard, CSUN has been able to provide that place. 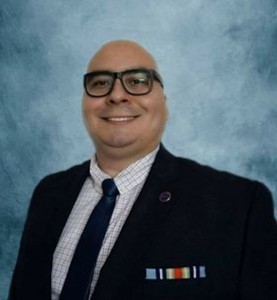 Arturo Garcia was deployed to the Middle East in 2003, serving in the US Army as a PATRIOT launching station operator.

“It’s almost therapeutic to have important conversations within a safe space — where you go in and feel comfortable enough to speak your mind because you know that other folks in there have gone through similar experiences and understand where you’re coming from,” said Arturo Garcia, president of the Student Veteran Organization and a graduate student at CSUN’s Masters in Business Administration program.

Garcia was deployed to the Middle East in support of Operation Iraqi Freedom in 2003 and served in the U.S. Army, as a part of the XVIII Airborne Corps, 108th Air Defense Artillery Brigade as a PATRIOT launching station operator — protecting the skies from military threats.

For many student veterans, the Veterans Resource Center (VRC) is that safe space. While the goal is to help student veterans achieve academic success, the VRC — located in the University Student Union, adjacent to the Student Recreation Center — also acts as a haven where veterans can speak their mind and share their thoughts without fear of being judged.

“The space in itself is one of those valuable things that we have,” said Mayra Plascencia, manager of the VRC and a Marine Corps veteran. “It’s an automatic way to connect with other veterans, with the university and with resources.”

Resource center staff amped up their efforts after the withdrawal from Afghanistan, reaching out to veterans and creating multiple communication channels to share their support and resources with all military-connected students, including including spouses, partners and dependents.

The complexities of the U.S.’ 20-year war with Afghanistan created a variety of mixed emotions and opinions based on individual experiences in the field, and it is important for all of them to be properly acknowledged, ​​said Plascencia. One way the resource center has been able to do this is through their partnership with University Counseling Services, which offers students a safe, healing space.

Even though the general consensus among student veterans seems to be that withdrawing from Afghanistan was the right decision, there is still a lot of doubt and questioning, Garcia said.

“When you work in something for 20 years, and to see it play out the way it did … there’s a lot of questions, there’s a lot of mixed emotions,” Garcia said. “We did the best we could with the situation that was available to us, but at a certain point you just have to say, it’s time to move on, to stop losing so many lives.” 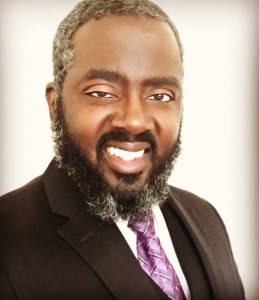 According to Abram Milton, staff counselor for University Counseling Services, the number of veterans reaching out ​​for counseling after the withdrawal has increased.

“It’s at this point, now more than ever, that we need to continue to make sure that we’re being aware and alert about veterans’ needs,” Milton said.

Milton was twice stationed in the Helmand Province of southern Afghanistan — in 2009-2010 as a communications chief with the Marine Wing Support Squadron 372, 3rd Marine Aircraft Wing, and in 2012 as a senior enlisted advisor with the I Marine Expeditionary Force, Joint Security Academy Southwest. From his own experience serving in the Marine Corps and from counseling student veterans at CSUN, Milton said that there is a general sense of sadness among the veteran community at the decision, but also pride in what they have accomplished.

“There were some flaws [in the way the withdrawal was handled], so wishing it was done another way,” Milton said. “But then, at the same time, it’s the knowledge that during the time I was there, and during the time any other service members served, we did the job we had to do, and I’m still proud of that.”

It’s also important to remember and honor the lives that were lost during the war, ​​said Garcia. The VRC was able to do that this year on 9/11, when the university granted the center clearance to hold an on-campus ceremony to honor all those who died that day and the veterans who have been fighting since then.

The ceremony was intended for “remembering, acknowledging and really holding a space for whatever emotions [student veterans] have going on and saying, ‘we’re honoring your service, and we value it here on campus,’” Plascencia said. 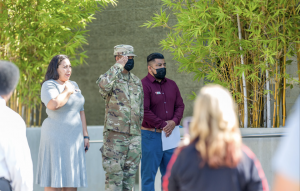 Thanks to their constant support and advocacy for student veteran needs, the resource center has become a welcoming place for all student veterans, allies, dependents and military-connected people, making them feel part of a community.

“When I started hanging out at the VRC and with the Student Veteran Organization, it really helped me accept that ‘veteran’ side of me,” Garcia said.

Now that the center has been able to safely re-open after pandemic-related closures, Plascencia said that students have gone back to spending a lot of time there and are still reaching out if they need to talk or have any questions.

According to Milton, compared to a lot of campuses in the region, there is a strong sense of community for veterans at CSUN. He said that this is partly due to CSUN’s location, but is mostly thanks to the hard work the VRC has put toward visibility.

“One particular thing that I enjoy about this VRC is that sense of community and connection that they have with the veteran population,” Milton said. “I always enjoyed that the place was always busy,”

In celebration of Veterans Day, the VRC is hosting a weeklong event called “Salute to Service” from Nov. 6-12, which will include a Turkey Bowl flag football tournament, joining forces ally training and an open house, among many other activities.