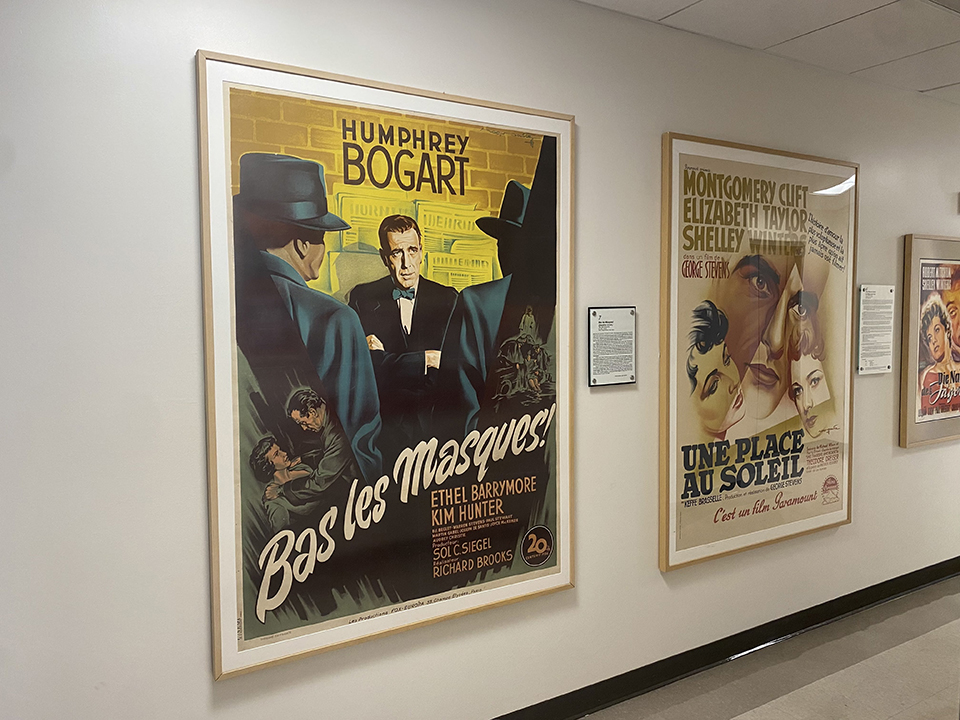 The event is scheduled to take place from 4-6 p.m. in Manzanita Hall, on the southwest corner of the campus located at 18111 Nordhoff St. in Northridge. A reception and viewing of the movie poster art will take place in the gallery, which is located in the Hollywood Foreign Press Association (HFPA) Wing of the building.

Following the reception, there will be a screening of the Golden Globe-winning film “A Place in the Sun” in the Armer Screening Theater. Introducing the film will be Turner Classic Movies’ Noir Alley host and president of the Film Noir Foundation Eddie Muller. The official celebration of the gallery’s opening was scheduled to take place in 2020, but was postponed due to the COVID-19 pandemic.

The 40 classic posters on display include artwork for “A Place in the Sun,” “The Conformist” and “China Town,” and feature such actors as James Stewart, John Wayne, Joan Crawford, Henry Fonda, Elizabeth Taylor, Barbara Stanwyck, Robert Mitchum and Jack Nicholson.

The collection is owned by Brian Light, who lent the posters to CSUN’s Department of Cinema and Television Arts in the Mike Curb College of Arts, Media, and Communication. Light, a longtime collector, also shared his passion for the unique art form.

“There are significant links between the posters designed to bring people into these theaters and the art they see on the screen,” said the collector. “Film noir as an art form encompasses the realities of things that happened in our society; emotionally, intellectually and socially in the 1940s and ‘50s.”

Light hopes he can continue to share the fading art form with CSUN students, faculty, and the public as he plans to publish a book upon expanding his poster collection.

The Department of Cinema and Television Arts also houses the only permanent university gallery in the United States dedicated to the art of the movie poster.

“We teach film, and film is an art. It’s not just about equipment,” said cinema and television arts professor Nate Thomas, head of CSUN’s film production option. “If film is art, so are the posters designed for films.”

“Everyone who walks into the building stops to look at these posters and plaques,” Thomas said. “The display of these posters gives our department scholarly integrity. We are not simply a trade school, we are preserving one of the world’s most pivotal art forms.”

The historic film posters highlight the longstanding and significant relationship between CSUN and the HFPA, and will remain in the wing for at least the next three years.

The HFPA has been a steady supporter of CSUN’s film program. In 2015, the HFPA gifted a donation of $2 million to the program, half of which was used to help the Department of Cinema and Television Arts (CTVA) fund equipment upgrades. The remaining money was used to fully fund the tuition of select minority students entering the program.