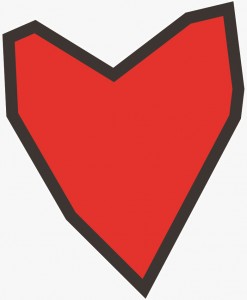 CSUN political science professor Nicholas Dungey has created Reluvotion, an online site where individuals can find volunteer opportunities and nonprofits can tap into the potential of volunteers and donors.

Hoping to create a platform where activists and nonprofits can gather, connect and share information, and a place where individuals can find volunteer opportunities and nonprofits can tap into the potential of volunteers and donors, California State University at Northridge political science professor Nicholas Dungey has created Reluvotion (pronounced Ree-Luv-oo-Shun.)

Reluvotion, Dungey said, derives from two of his experiences as a professor at CSUN. As a professor of political philosophy, he is driven by a love for two types of knowledge — self knowledge and knowledge of justice.

Political philosophy, Dungey said, “helps us to elevate our consciousness in order to live well and empowers us to seek and create justice.”

Reluvotion was built to mobilize the love for both forms of knowledge in the pursuit of local and global transformation, he said.

In addition, Reluvotion was inspired by Dungey’s work helping students in CSUN’s Department of Political Science find internships with nonprofit and government agencies. The app, he said, will connect students directly with agencies that need help.

Dungey does not consider Reluvotion a traditional social media app, in part, because of his decision to keep customer information private.

“We don’t use the term social media, because we do not sell or transfer customer data to other companies and we will never monetize our customer’s data in any way,” said Dungey, who teaches in the College of Social and Behavioral Sciences.

Reluvotion also has a zero-tolerance policy for any type of hate speech.  And, Reluvotion is intended to be purpose-driven rather than based on how many likes a person gets.

Reluvotion, Dungey said, was built to manifest the CSUN commitment to be “locally engaged, globally prepared.”

Dungey invited people to download the Reluvotion App at the Apple App Store or  Google Play. Once a person joins Reluvotion, Dungey suggested they search his name and send him an invite to “Ally” on Reluvotion.