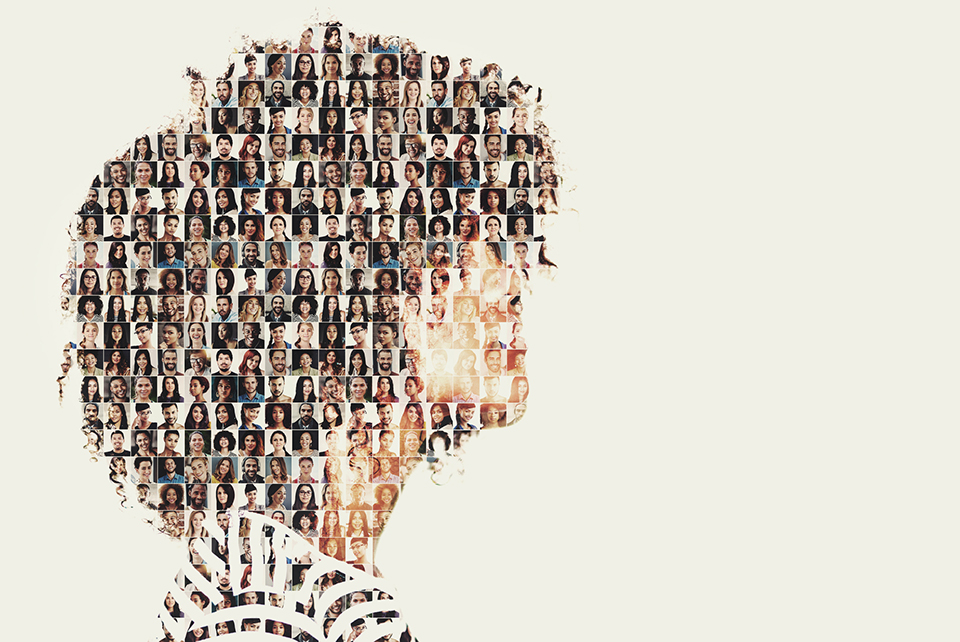 CSUN psychology professors Debbie Ma and Justin Kantner have received a $350,000 grant from the National Science Foundation for a study that examines how Americans and others come to terms with a growing population of people who don’t have just one racial identity. Specifically, the researchers will study how an individual’s brain reacts when they are confronted with images of multiracial people. Image by PeopleImages, iStock.

The most recent census data shows that the number of multiracial Americans more than doubled in the past 10 years, and demographers expect that by the year 2050, one in every five Americans will identify as multiracial.

California State University, Northridge psychology professors Debbie Ma and Justin Kantner have received a $350,000 grant from the National Science Foundation for a study that examines how Americans and others come to terms with a growing population of people who don’t have just one racial identity. In particular, the pair will study how an individual’s brain reacts when they are confronted with images of multiracial people.

“We want to know how people process the faces of individuals who are multiracial,” Kantner said. “We, as humans, tend to think of so many things in terms of being either/or. Race is one of those things — you’re either Black or white, or brown or white, or Asian or white. When that sort of binary thinking is deeply embedded and you then meet a multiracial individual and they don’t mesh with your idea of either/or, there can be a sort of mental disconnect.

“What we hope to do is understand what happens to a person’s brain when that disconnect happens,” he said. “From there, we hope to explore related questions: Why are people so poor at identifying faces as multiracial? How often do people’s perceptions of you coordinate with your own racial identity, particularly if you are multiracial? Why are some people unable or unwilling to classify others as multiracial? And how do those misperceptions impact the mental and physical well-being of multiracial people?”

“There’s something called the cross-race effect — the tendency for, let’s say, white people to believe that all Black people look the same, or for Asian people to say that all white people look the same,” Ma said. “We have a poor ability to differentiate among people who belong to racial categories that are not our own. As we become more and more multiracial, it becomes important for us to appreciate how our simple perceptions can impact how we deal with other people, and that the categories we put those people in may not apply in the way we think they do.”

Ma and Kantner will be using part of the grant to purchase an electroencephalography, or EEG, system so they can measure brain response when a subject see people of different races, including those with multiple racial identities.

“The data we collect will give us a foundation for understanding how people’s brains respond when they see multiracial people,” Ma said. “We will literally be able to see how long it takes a person’s brain to process the fact that someone is multiracial. In a sense, we can create a map of what happens in the brain when someone has to process faces that don’t fit their perception of what someone’s race should be.”

Ma and Kantner will be training a team of student researchers to work the EEG system and assist them with their study. They hope that experience will give those students “a leg up” in applying to graduate school. The students’ contribution to the study beyond working the EEG system “will be invaluable” as the research project moves forward, the professors said.

“Most of our students are from the Los Angeles area, a very racially mixed community with a large multiracial population,” Ma said. “This is who they are. This is what they know. Their perspectives will give us insight into our next steps as our research grows.”

Kantner noted that the American people are shaped by their country’s history, “including its history of slavery and the inherent racism that exists to justify such a system that becomes fundamental in how we process the world.”

That historic racism includes “a mistrust or aversion to mixed-race marriages,” he said, noting that mixed-raced marriages weren’t legal in the United States until the U.S. Supreme Court’s decision in the Loving case in 1967.

“If mixed marriages weren’t even legal until just a little over 50 years ago, it’s obvious that the idea that these kinds of unions are ‘unnatural’ has been deeply woven into the framework of the United States, as well as the idea that people aren’t or shouldn’t be multiracial. And if that’s the case, then they need to ‘choose a lane and stay in it.’

“Even though a lot of us don’t feel that way today, it’s still kind of baked into our cognitive outlook that a person must be monoracial, because that’s the way things work,” he said. “I think we’re moving, slowly, in the direction of being able to make space for multiracial individuals cognitively. We’re hoping that the research we’re doing will help in that progress.”