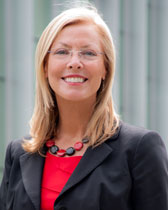 The California State University system is reaching out to the African-American community in an attempt to educate students and families about the requirements to successfully enter college and obtain a degree. This outreach effort, dubbed Super Sunday, is a statewide affair coordinated by the California State University that will involve school faculty, staff and additional volunteers speaking to congregants at nearly 100 predominantly African-American churches throughout the state in February and March.

In its eighth year, Super Sunday is coming at an important time. The Los Angeles Daily News reported that in the fall of 2012, according to university statistics, “[the] CSU had the lowest percentage of black students since at least 2003.” The annual Super Sunday event is produced by the CSU African-American Initiative—a partnership between CSU campuses and African-American religious leaders with the goal of increasing college-going rates among African-American students. CSU Chancellor Emeritus Charles B. Reed founded the initiative eight years ago with the support of CSU trustees, presidents, faculty, staff, students and alumni.

This will be CSU Chancellor Timothy P. White’s first Super Sunday since being appointed to head the CSU system, and he will be participating in events at churches up and down the state. On Feb.17, he will speak during the 10:45 a.m. service at Saint John Missionary Baptist Church in Bakersfield. On Feb. 24, White will take to the pulpit during the 8 a.m. and 11 a.m. services at West Angeles Cathedral in Los Angeles. On March 10, White will address the congregation of Glad Tidings Church of God in Christ in Hayward during the 8 a.m. and 11:30 a.m. services. 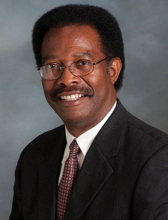 Shanté Morgan-Durisseau ’90 (Journalism/Afro-American Studies), president of the CSUN Black Alumni Association, will be organizing volunteers who will provide handouts with information about the CSU campuses to parishioners outside the churches.

“The black church represents an important constituency in the African-American community,” Morgan-Durisseau said. “Events like Super Sunday provide a great opportunity for CSU leaders to connect with alumni and engage potential students and their parents.”

For more: Visit the CSU Super Sunday website for information about the list of participating churches, times of service and event locations.