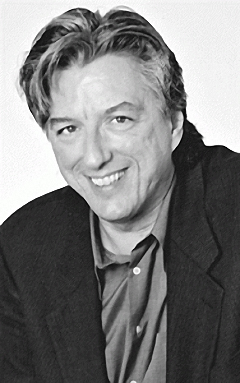 KCSN/Los Angeles 88.5-FM, the Triple-A format radio station run from the CSUN campus, has replaced its departing General Manager, Karen Kearns. Radio vet Sky Daniels, who joined the station last summer as program director, will fill the slot vacated by Kerns, who decided to return to her faculty position in the university’s Department of Cinema and Television Arts.

Daniels, who will do both jobs concurrently, was recently nominated for “Program Director of 2012” by the leading trade publication FMQB. He was the catalyst in putting KCSN on the national radar, and his promotion continues the momentum he began. Daniels has a career that spans programming stints at such legendary stations as KFOG/San Francisco, KISW/Seattle and WLUP/Chicago. He also was a senior executive at Universal Music and Sony Music.

“We are very pleased that Sky is able and willing to perform both roles for KCSN — interim general manager and program director — and carry on with the exciting changes put into place over the last several years,” said CSUN Vice Provost Cynthia Rawitch. “Sky’s enthusiasm for KCSN and the Triple-A format is infectious. I look forward to seeing what the next year brings.”