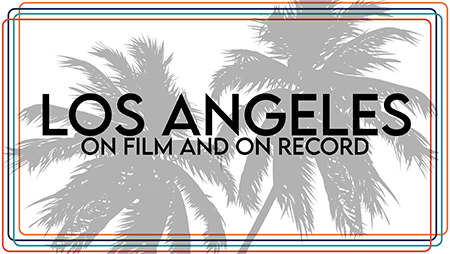 California State University, Northridge’s library has launched its first virtual exhibit, “Los Angeles: On Film and On Record,” which offers a visual journey of the city through featured films and historical records.

The exhibit takes a look at a number of popular films that feature the City of Angels within their storyline, setting or both, and compares these visions, interpretations and variations of movies about Los Angeles with the documentary record of the real Los Angeles —  using archival and other primary sources from the library’s Special Collections and Archives.

“Los Angeles is the birthplace of major movie studios, so it is fitting that we are offering up this virtual exhibition of important and timeless films,” said Mark Stover, dean of CSUN’s University Library. “It is always fun to watch movies that are set in the city we live in, but this exhibit goes further. It dives deep into several selected films, asking provocative questions that will help us understand these stories from a fresh perspective.”

Twenty-four films are featured in the exhibit, including the 1937 version of “A Star is Born,” as well as “La Bamba,” “Boyz n the Hood,” “Walkout,” “Tangerine” and “Once Upon a Time … in Hollywood.” To engage visitors in the exhibit, the library is creating watch-party guides, found at the website https://libguides.csun.edu/LAFR/watch-party-1, to encourage analysis of the cinematic themes.

The exhibit’s curators, CSUN archivists April Feldman, Mallory Furnier and Julieta Garcia, are encouraging visitors to the exhibit to consider the choices each filmmaker made and the version of Los Angeles they chose to present.

The archivists asked visitors to consider the following questions: What truths does each film contain? How do they create or reinforce stereotypes about people and places? Who is absent, misrepresented, maligned or celebrated in narratives about the city, and why?

CSUN’s library remains closed to in-person visits this semester, due to health and safety concerns caused by the pandemic. For information about the library’s virtual services, visit its online resources and services webpage at https://library.csun.edu/covid-19.