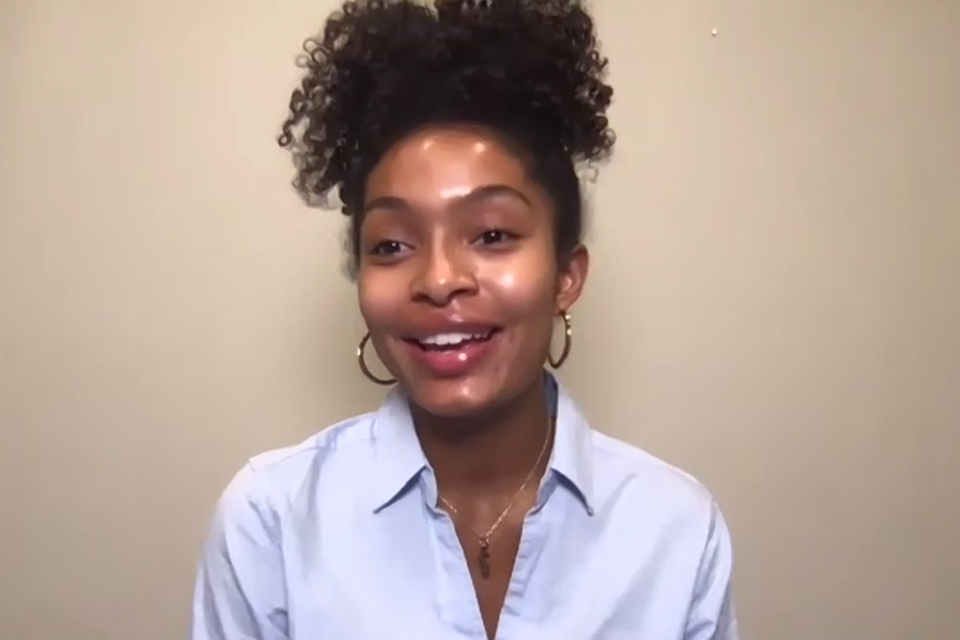 Yara Shahidi, known for her role as Zoey Johnson in “Black-ish” and “Grown-ish,” delivered this year’s AS Big Lecture on Oct. 15, via Zoom.

Yara Shahidi is known for portraying the intelligent and popular teen Zoey Johnson on ABC’s hit sitcom “Black-ish” — and then reprising her role as Zoey as the star of the spinoff “Grown-ish” — which gave millions of viewers an all-too-rare (for TV) peek into the lives of an African American family, through the lens of entertainment. But when the lights go down and she steps off the set, 20-year-old Shahidi has a broader message: She uses her voice to encourage her fellow young adults to be of service to their communities.

For her role in “Black-ish,” Shahidi has received numerous awards, including the NAACP Image Award for Outstanding Supporting Actress in a Comedy Series and the Gracie Award for a Female in a Breakthrough Role. In addition, she has been recognized for her humanitarian efforts, landing her a spot on lists such as TIME Magazine’s 30 Most Influential Teens and Forbes’ 30 Under 30.

On Oct. 15, Shahidi joined CSUN students online to share her experiences in acting and activism with hundreds of Matadors who tuned in to the Associated Students (AS) Big Lecture, which took place on Zoom.

After portraying Zoey for seven years running, and embodying the character as she went from a self-assured, “perfect” teen in “Black-ish” to a new college student who navigates the uncertain world of university life in “Grown-ish,” Shahidi said her character taught her some life lessons.

Despite Zoey’s initial struggles, she was able to grow and find new passions, Shahidi said. The actor learned that “growth is not linear,” she said.

Influencing Politics Outside of Capitol Hill

Amid the difficulties of the COVID-19 pandemic, Shahidi reminded Matadors to prioritize their mental health and find opportunities to take breaks from the daily pressures of school and work. Whether it’s listening to music and podcasts or just pausing to enjoy a tasty meal, “we can all use that exhale,” she said.

During the online event, moderated by AS President Rose Merida, Shahidi also discussed her political engagement. 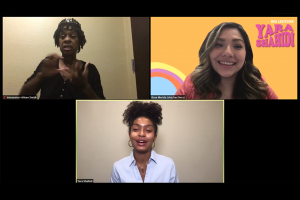 “I’ve always tried to figure out what are ways to influence policy that don’t involve being in Capitol Hill itself … I have this larger platform, and it’s really a matter of figuring out how to utilize it to its fullest,” Shahidi said.

She has created programs such as Yara’s Club, a bi-monthly virtual gathering of high school students to converse about social issues, higher education and self-improvement.

In time for the 2018 midterm elections and her own 18th birthday, Shahidi launched Eighteen x 18, a platform that encourages first-time voters to do their part in the democratic process. With this year’s general election, Eighteen x 18 has updated its website, now called We Vote Next, with information about voter registration and 2020 ballots and candidates.

“Nov. 3 is just the beginning,” Shahidi said, urging Matadors who are eligible to vote to ensure they cast their ballots. “We’re not going to elect perfect people, but we are electing people that we’re going to hold accountable.”

This year, in light of the recent protests against violence toward Black Americans at the hands of police, Shahidi has been tremendously vocal about the Black Lives Matter movement across her social media channels.

“The idea that we have to assert that Black lives matter is saddening,” she said, “but nonetheless, I wanted to participate in [the movement] because unfortunately, we don’t live in a world where that’s the expectation.”

Finding Her Own Voice

Shahidi’s political activism is rooted in her family, “in which conversations around civic engagement was something that we got really used to as kids around the dinner table,” she said.

She credited her grandfather, “who was extremely involved in the civil rights movement,” as well as her parents, actor Keri Shahidi (with whom she recently established the production company 7th Sun) and cinematographer Afshin Shahidi, for helping her “really explore the main ways that we can use acting and entertainment as a way to be of service.”

Shahidi said she also drew inspiration from meeting other activists, including Black Lives Matter co-founder Patrisse Cullors, legendary singer Harry Belafonte and even former first lady Michelle Obama, who wrote a recommendation letter for Shahidi as she applied to Harvard.

Students who attended Big Lecture were curious to know about how Shahidi, who is currently a junior at Harvard, is able to balance her acting, activism and academics.

“It’s important to make sure that these other interests of mine are things that I’m still fully diving into,” Shahidi said of her decision to pursue higher education. “Many a time, I realized that it was those outside life experiences that helped me in the world of entertainment.

“It’s always a juggling act,” she added, noting her constantly hectic schedule. “But it has really come down to having people that have helped me figure out everything from literal logistics, to how I can balance and pursue these passions.”

As the online audience flooded the Zoom chat with praise for Shahidi’s activism throughout the hour-long virtual event, she called on students to find their own avenues to do their part in serving their communities.

“Civic engagement looks different for everybody,” Shahidi said. “Whether it’s through your art, your STEM (science, technology, engineering and math) skills … the list goes on and on.”

Just as Zoey learned that growth isn’t a straight line in her own story, Shahidi assured Matadors that they have time to find their own voices.

“There are so many ways to be involved, even using your own interests and skill sets and figuring out, ‘How do we orient this toward social justice?'” she said. “It’s about embracing the world that we’re in, and figuring out how to bring that conversation into our worlds.”