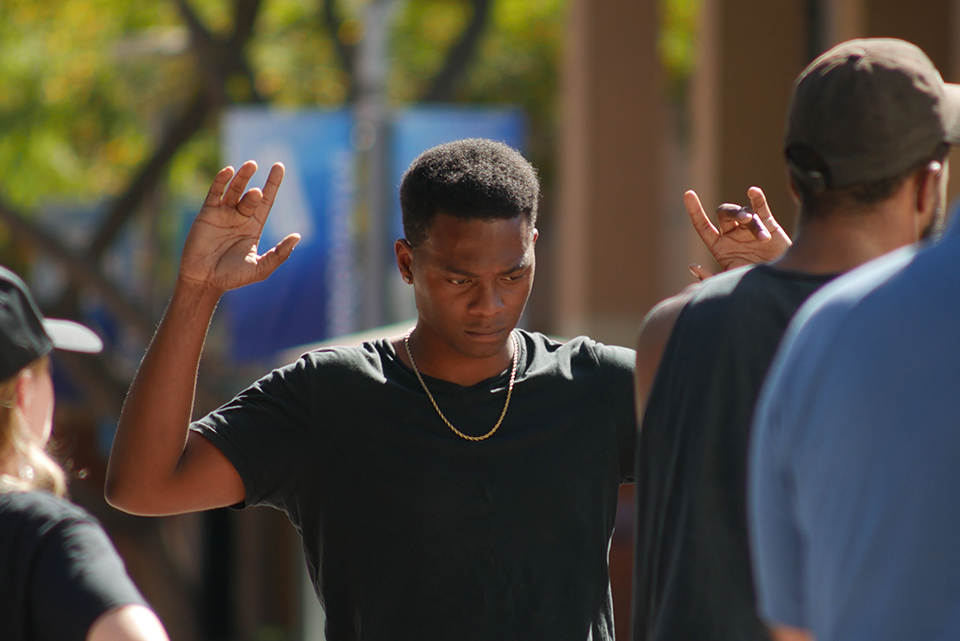 A scene from “Cuffed,” directed by Parker Caston, Jr., and featuring an appearance by Emmy, Golden Globe and SAG awards winner Sterling K. Brown. The film is one of five student film projects selected to premier at CSUN’s Senior Film Showcase. The event returns after a two-year hiatus due to the pandemic, on Sept. 14 in the Samuel Goldwyn Theatre at the Academy of Motion Picture Arts and Sciences in Beverly Hills.

After a more than two-year hiatus due to the COVID-19 pandemic, California State University, Northridge’s Senior Film Showcase returns this month to shine the spotlight on Hollywood’s next generation of movie makers.

The showcase, which culminates years of study for the university’s senior-level film students, is scheduled to begin at 8 p.m. on Wednesday, Sept. 14, in the Samuel Goldwyn Theatre at the Academy of Motion Picture Arts and Sciences, located at 8949 Wilshire Blvd. in Beverly Hills. 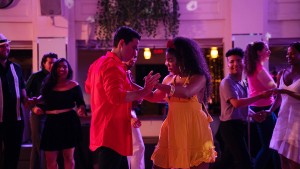 A scene from “Hot Latin Nights at the Granada,” directed by Franco Vidal.

“This year marks our 30th film showcase, an occasion we had hoped to celebrate in 2020,” said cinema and television arts professor Nate Thomas, head of CSUN’s film option. “Our students, just like everyone, including those in the entertainment industry, had their lives disrupted by the pandemic. But they were still able to find ways to cinematically tell compelling stories that reflect the rich diversity of the communities they come from.

“Filmmaking has always been a ‘think-outside-the-box’ industry,” Thomas said. “The pandemic only reinforced that lesson for our students, who had to tap deep into themselves to find ways to tell their stories. I am incredibly proud of what they have accomplished. As their films demonstrate, they have the skills to tell those stories effectively. As members of the entertainment industry, they will add new voices and perspectives to those who already entertain and sometimes provoke us with their filmmaking.” 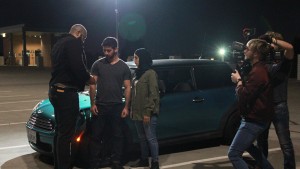 Student filmmakers on the set of • “A Beautiful Sin,” directed by Ahmad Jack Almazeedi.

The host of the showcase will be director, writer, producer and CSUN alumnus Mark L. Lester, who graduated from the university in 1968 with a bachelor’s degree in political science. Lester is known for his high-action films that are also box-office draws. His directorial credits include “Commando,” starring Arnold Schwarzenegger; “Firestarter,” based on the Stephen King novel and starring Martin Sheen and a young Drew Barrymore; “Showdown in Little Tokyo,” starring Dolph Lundgren and the late Brandon Lee’ “Armed and Dangerous,” starring John Candy and Meg Ryan: and “Class of 1994,” starring Michael J. Fox.

Thomas noted that the films selected to premier in the showcase were completed during the pandemic.

“We wanted to make sure that, despite the pandemic, they still had an opportunity to show their films on a big screen before an audience that includes industry leaders,” he said. 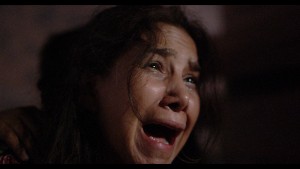 A scene from “El Mozote,” directed by Jasmine Galdamez.

The five student films selected for the showcase are:

CSUN’s Department of Cinema and Television Arts, housing in the Mike Curb College of Arts, Media, and Communication, has an international reputation for producing dedicated and talented entertainment industry professionals who recognize the value of hard work as they learn and continue to perfect their craft. The department currently enrolls nearly 1,700 undergraduate students and 30 students in its graduate screenwriting program. Its alumni work in all aspects of entertainment media, from writing, producing and directing to manning cameras and having the final say in what project is made. The Hollywood Reporter and Variety have regularly ranked CSUN among the top universities in the country for cinema and television arts education.