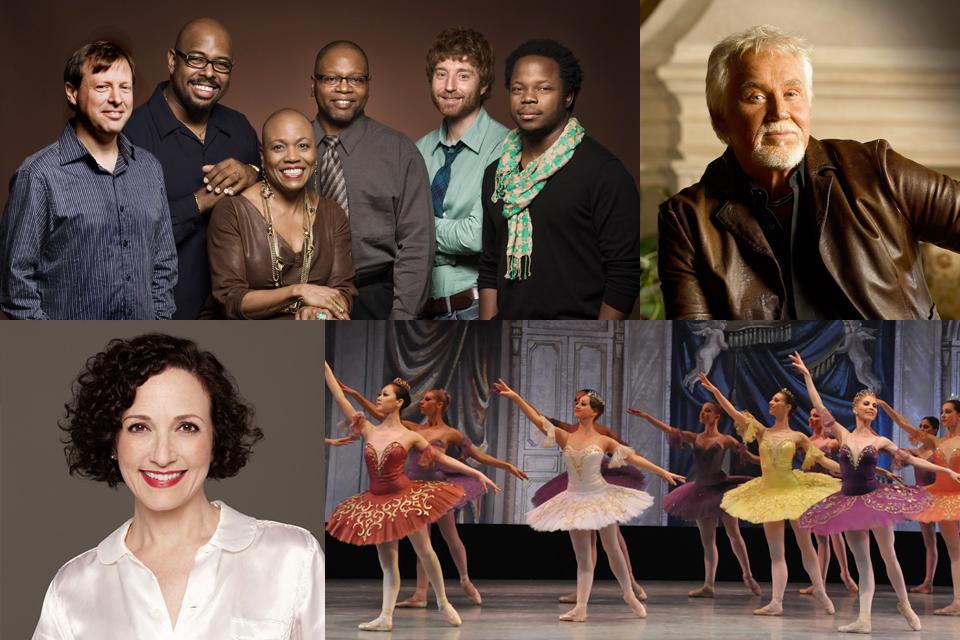 “We are very excited about the performers coming to the Valley Performing Arts Center during the spring semester. We believe we have gathered a very diverse and exciting series of exceptional artists from around the world that stimulate and entertain while exhibiting exceptional artistry,” said Robert Bucker, dean of the Mike Curb College of Arts, Media, and Communication and executive director of the Valley Performing Arts Center. “Our series will again present artists just beginning to receive international recognition and those that are at the pinnacle of their performance careers.”

The season debuts on Jan. 23, with the Monterey Jazz Festival on Tour. The celebratory anniversary tour, led by Grammy Award-winning bassist and musical director Christian McBride and Tony and Grammy Award-winning vocalist Dee Dee Bridgewater, is one of five renowned musical groups performing at VPAC this season. Each group offers a unique experience whether from another country or in style.

Singer, songwriter and producer Kenny Rogers, a marquee performance, will light up the Valley Performing Arts Center on March 17 with his band of distinguished musicians. Rogers, an award-winning artist who is known for his country style, will be accompanied by an array of classical, operatic and instrumental artists.

Best known for her Emmy Award-winning role as the repressed psychiatrist Lilith on the hit television comedy “Cheers,” actress, singer and dancer Bebe Neuwirth is one of today’s most versatile performers. She has earned two Tony Awards on Broadway for her roles in “Chicago” and “Sweet Charity.” Neuwirth will bring the Northridge stage to life with an evening of songs from her critically lauded one-woman cabaret show on Feb. 23.

Dance also will be featured in the upcoming season, starting with two ballet interpretations of fairy tales by the Russian National Ballet Theatre. The company will be performing “Sleeping Beauty” on Feb. 9 and “Cinderella” on Feb. 10. Flamenco and contemporary dance also will be explored this season by other dance companies.

Aquila Theatre will perform Edmond Rostand’s classic tale of unrequited love, “Cyrano de Bergerac,” on March 16. The famous French play will be the only featured theatrical production this season.

Marquee performances include Willie Nelson & Family, a show by the multi-award-winning singer with his family as band members on Feb. 27, and Chef Jacque Pépin, who will offer an insider’s view of the culinary arts world on May 4.

The new Flex 4 Ticket Subscription package is available. Purchase four different performances for any of the remaining 2013 spring season and save 10 percent on each ticket for each of the selected performances.

For more information about the Flex 4 Ticket Subscription and the spring 2013 season, visit the Valley Performing Arts Center website. Tickets are available through Ticketmaster or at the box office at (818) 677-3000.