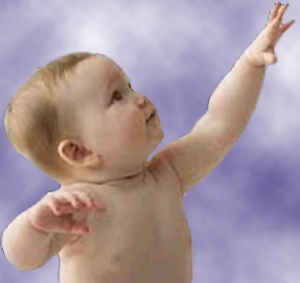 A March 28 lecture at CSUN will explore what we can learn about religion from children’s beliefs.

Justin I. Barrett, Ph.D., will explore what children’s cognition reveals about the instinctiveness of religion in a lecture at California State University, Northridge on Thursday, March 28.

The lecture, entitled “Born Believers? The Science of Children’s Religious Beliefs” will be held at 11 a.m. in the Grand Salon of the University Student Union, which is located in the center of campus at 18111 Nordhoff St. in Northridge. Admission is free for the public.

Barrett is the Thrive Professor of Developmental Science and director of the Thrive Center for Human Development at Fuller Theological Seminary’s Graduate School of Psychology. An experimental psychologist, he investigates the way human beings have come to develop complex belief systems about God’s omniscience, the afterlife and the immortality of deities.

Barrett is regarded as one of the founders of the field of cognitive science of religion, a relatively new and rapidly expanding interdisciplinary approach to studying religious similarity and diversity. For believers and nonbelievers alike, Barrett’s presentation will offer a compelling argument for the human instinct for religion.

Claire White, an assistant professor in the Department of Religious Studies at CSUN, is thrilled that Barrett is able to bring his expertise to campus. “He brings a fresh, interdisciplinary approach to questions about child development and religion,” she said. “We are excited to showcase to the staff and students how this approach can engage a variety of disciplines and open up conversations between the sciences and the humanities.”

For more: Please visit the College of Humanities website.